Hey my little ponies! I managed to do all 7 days for week 2 of Set to Stunning‘s Nerdvember Instagram challenge/contest 😀 This week I nearly had a Marvel themed outfit for each day. 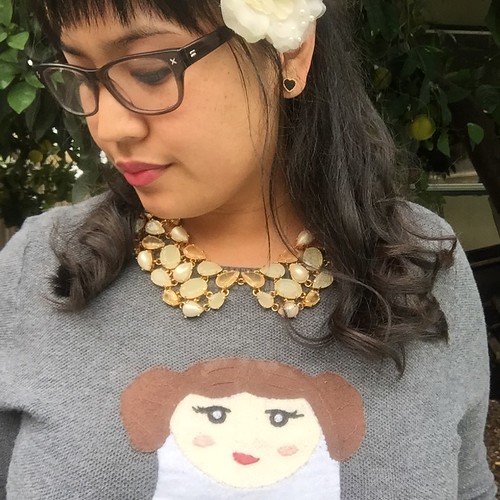 You can totally tell when I’m too lazy to use a tripod/don’t have anyone to take my outfit pic. Haha! Anyway, it was pretty windy/rainy throughout most of the day and I had no plans to go out, but Jen and I ended up going to Hot Topic. So I threw on this pullover with a felt Princess Leia nesting doll I made last year with my black circle skirt and my pink motorcycle jacket (obviously not pictured). 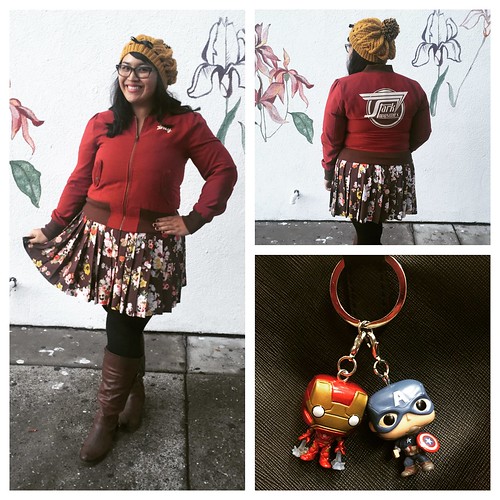 This is probably my favorite outfit of week 2! I paired my Her Universe Tony Stark jacket with a brown floral skirt. And I put my little Funko Pop! Iron Man and Captain America keychains on my purse because I felt weird being all #TeamIronMan when I’m #TeamCaptainAmerica ALL. THE. DAMN. WAY. And this day was also Jen’s birthday, so we ditched the gym and went shoe shopping in Modesto after work instead. 😛 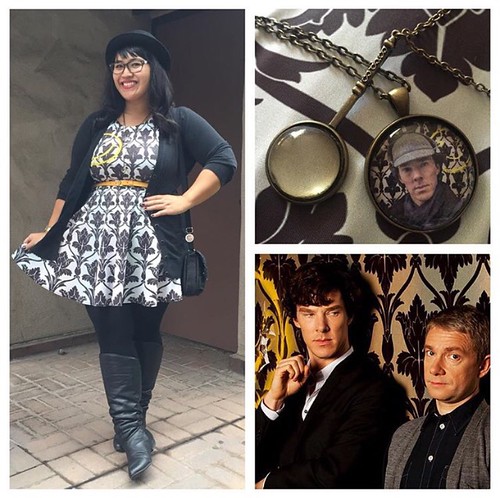 After years of searching for a bowler hat, I finally found one at the H&M in Modesto! And I was having a funky hair day Wednesday morning, so I paired the hat with my “Bored” Gold Bubble Clothing dress and my go-to Sherlock accessories. 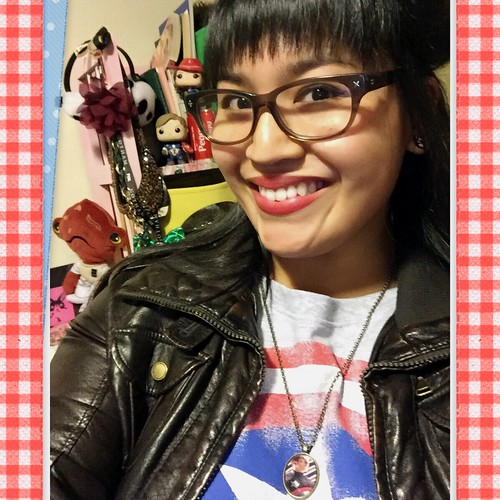 It was Veteran’s Day, so I had to wear something Captain America themed. Wednesday was my stay-home-and-work-on-things-for-the-Geeky-Faire-day, so I just wore jeggings and this Cap pullover from JCPenney. 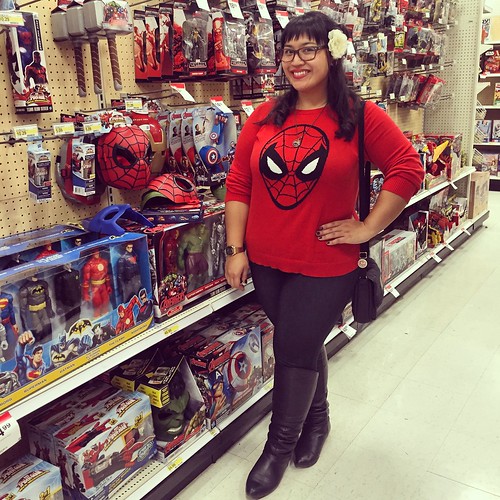 I really wanted to wear my Ryan Gosling shirt since his birthday is November 12, but it was too cold to wear what I would’ve wanted to pair with it, so I went with this Spidey pullover I found at Wet Seal last year. 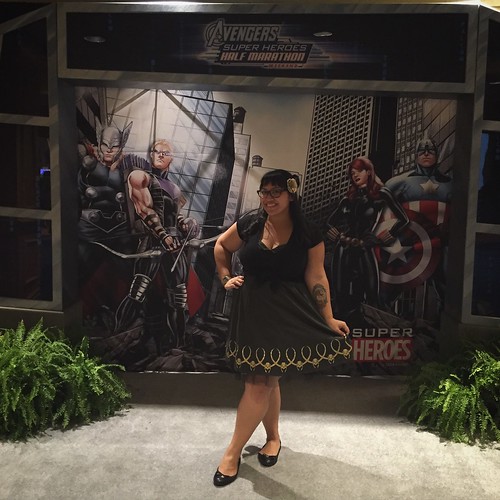 This was such a LONG day! I went to the airport in Sacramento to catch a 7 am flight to Long Beach, got picked up and dropped off to my AirBnb in Anaheim, dropped my bags off since check-in wasn’t until 3, and spent hella time at Disneyland by myself. I was hoping that Thor would be out taking pics in Tomorrowland which is why I wore my Loki dress by Her Universe, but both him and Cap are gone and Tomorrowland is basically Star Wars Land right now. Totally not complaining about that though. Thor is coming back on Monday as they re-open the Innoventions building in Tomorrowland, but Cap is being replaced by Spider-Man. Now that, I am TOTALLY complaining about. :: insert angry emoji face :: 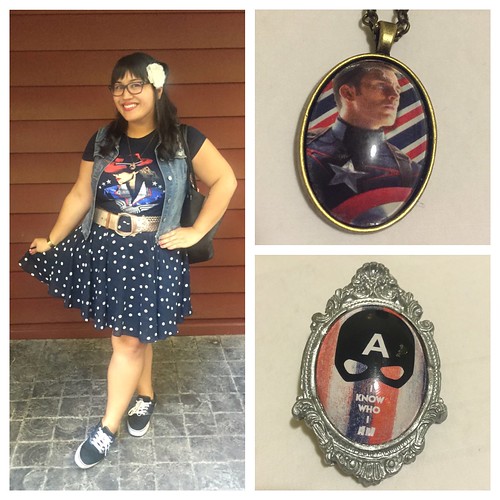 I woke up in the wee hours of the morning to do the Captain America 10k (like I mentioned in a blog post earlier today), and later headed to Disneyland wearing my Her Universe Agent Carter shirt and the new Captain America necklace I made along with a Cap brooch Jen made. They’ll both be available at the Geeky Faire at Whimsic Alley next month!