Well, we’re 8 days into the New Year and I think I’ve neglected my blog for just a wee bit too long. So here I am!

I’ve noticed that some of my bloggy friends have been writing up blog posts with one word they want to define the year for them, which sounded fun until I tried to think of what word I’d like to help define my year ahead. Obviously, I’ve come up short because I didn’t Photoshop a fun graphic with a word — which is really disappointing because I was looking forward to that — and I’m not talking about one specific word. Otherwise I would’ve brought it up by now. So here’s a Your E-Card pic instead.

I feel like picking a word is heading into the New Year-New Me/New Year’s resolution territory. That’s not necessarily a bad thing, if that sounds like where I’m heading with this.

When I got my haircut on Tuesday my stylist asked me if I had made any resolutions for the New Year and I said, “No. I don’t want to set myself up for disappointment” while she massaged some sort of vegan crystal thing onto my scalp to help stop it from being so flaky. But this isn’t quite true because I know that there are some things I’d like to better myself at. For one thing, I spend money like I have an endless supply of gold like Scrooge McDuck that I can swim laps in, but I don’t. I am a raging shopaholic. My mom pointed this out to me and said I need to log my expenses. I want to be more cautious of what I eat too, and I was pretty good about it for a majority of 2015, but I helped myself to extra potatoes and a waffle yesterday.

Maybe my word should be “adulting” because it sounds better than “responsible”…?

I think the fact that I’m turning 30 this coming Tuesday is bringing up all sorts of anxieties and fears that I’ve been keeping at bay, but they’re making their presence well known as Tuesday looms closer.

At the same time I kind of just want to say, “FUCK IT!” and live in the moment and not put all this random pressure on myself and have resolutions. Can I just take it one day at a time? Can I just have “life goals” instead and not resolve to get it all done in 366 days (because 2016 is a leap year)? Or is that only something you can do when you’re in your early 20s? If that’s the case, my aunt said that 50 is the new 30 so technically I’m only 10, therefore I will go ahead and resume with my “life goals.” 🙂

It’s obviously not Friday, but I wasn’t able to do the last 5 Fandom Friday post since I was galavanting around Disneyland. Weeee! Since I’m stuck at home with a case of the sniffles (booo) and a noggin that won’t stop pounding (more booing!), it’s the perfect time for me to catch up. The prompt from last week was to share “fandom” resolutions for 2015. I was a little stumped on coming up with 5 different resolutions relating to the fandom world, but I managed to figure out a few!

So without further ado here are my fandom resolutions for this year: 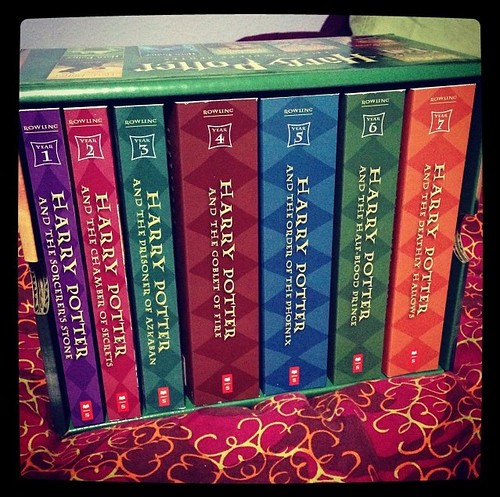 I’ve been meaning to re-read the Harry Potter series for quite some time, and I definitely want to buckle down and get it done this year! If only I knew where the hell I put my copy of Harry Potter and the Sorcerer’s Stone. RUGH. I feel like I read a lot more in 2014 than I did in 2013, but at the same time I don’t think it was enough. This year I’m going to follow this reading challenge guide by Pop Sugar that my sister sent me on Pinterest. I’m going to kick things off with Steve Brezenoff’s Guy in Real Life.

2. Cosplay at a convention

I stepped out in a femme Han Solo cosplay at SDCC last year for about, what? 3 hours? My friends Megan and Jen worked sooo hard helping me realize the design I had in my head, but when it all came together I didn’t feel completely comfortable or confidant with how I looked (it had absolutely nothing to do with the holster Megan made, or the skirt and vest Jen sewed because all those things turned out rad as hell!). My hair flattened in the humid San Diego weather and the bra I wore (the only neutral colored one I had that wouldn’t show underneath my white top) made my boobs look odd. I don’t even have a picture of me wearing the cosplay, so here’s my Mabel Pines Halloween costume! This year I’d like to revisit the femme Han Solo cosplay or maybe do a retro Snow White or Wonder Woman. 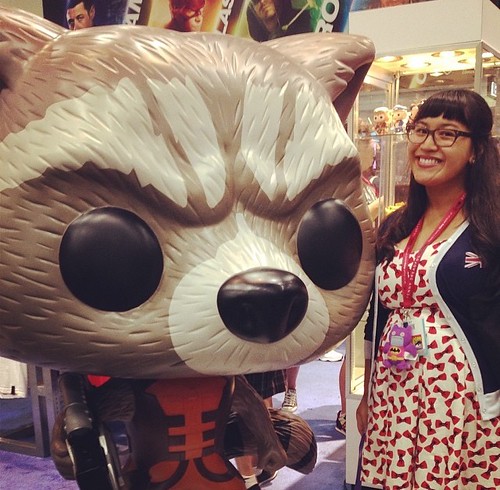 This might be tricky since conventions can be pricey. Sure, some may have a decent fee to buy a badge, but once you hit the floor and see all the booths with all the amazing geeky knick-knacks, all bets are off! I mean, budget? What budget? No, I’m kidding. I always tend to [barely] stick under my budget.

I have a Sunday badge for SDCC and a pass for Anime Expo (not sure how that’s going to work out travel + money wise since SDCC decided to bump their festivities a week after Anime Expo this year (Tina Belcher groan), but I’d definitely like to check out some cons that are closer to me to cut on some expenses like Big Wow ComicFest in San Jose or Wizard World in Sacramento/San Jose. I would love, love, LOVE to go to the Star Wars Celebration in April and Disney’s D23 Expo in August, but I have a feeling that’s probably not going to happen. wha- wha-whaaaa

4. Look into shows people keep telling me to watch

I don’t remember what show I had just finished binge watching a year or two ago, but I remember lamenting on Twitter about how I didn’t know what to do with my life since there weren’t any new seasons of whatever to look forward to, and Amanda of Prim and Propah suggested that I watch Arrow…. which I have still not gotten around to watching. Sorry, Amanda! Fast forward to last month, my sister kept telling me I needed to watch Arrow ASAP. And apparently our cousin Nicole watches it too, so because of that they’re both telling me I have to get on it. My sister even showed me a montage of gratuitous workout scenes featuring Stephen Amell to encourage me and oh-mah-gawd… fans self.  You can watch it here if you’re curious.

I can’t think of any of the other shows that have pretty huge fandoms that have been suggested to me by friends because I feel like Arrow keeps getting shoved down my metaphorical throat. I’ll get to Arrow eventually. It’s on Netflix, so I have no excuse!

5. Get back into toy photography 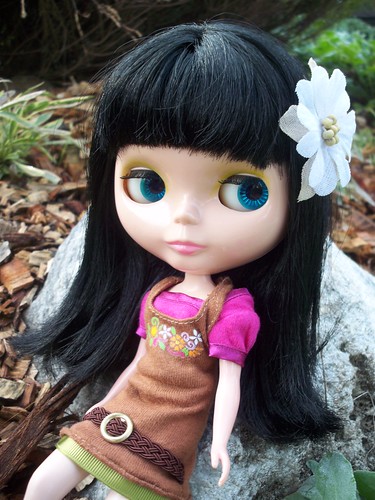 8 years ago I was really into taking “artistic” pictures of my toys, particularly my Blythe doll Tigerlily — many have said she’s my little doppelgänger. 🙂

I used to be OBSESSED with Blythe dolls, but then I realized that the money I was spending on doll clothes and accessories could’ve been used to buy clothes and accessories for myself! They’re also a bitch to lug around. Anyhow, by no means did I/do I consider myself a great photographer, but I used to have so much fun taking my toys out while I went on little excursions with my family or friends despite the random weird looks I’d get as I’d shoot away. And I thought I took some pretty cool pictures if I do say so myself! I still take pictures of my toys every now and then and tend to have a couple in my purse at all times, but it’s usually just a quick thing to put on Instagram. I want to actually take the time and do photos the way I used to.

Do you have any fandom resolutions for this year? Let me know in the comments section!

The end of 2012 is nigh! Or at least for folks on my side of the world. To those who are already celebrating the new year, HAPPY NEW YEAR!!!

Tim and I are having a Star Wars marathon to welcome 2013. 🙂

Anyhow, while thinking of things to list in my annual ‘Year-in-Review’ post I thought that maybe I shouldn’t focus on the past, but look ahead and think of what I hope to accomplish during the upcoming year. As Albus Dumbledore once said to a young Harry Potter, “It does not do well to dwell on dreams and forget to live.” Um… that’s pretty similar to not looking back on the past and living in the now and all that good stuff, right? No? Okay. I just really wanted to make a Harry Potter reference. 😛

Here’s a list of some of the things I hope to accomplish in 2013 (in no particular order):