Welcome to another Wookiee Wednesday! Ever since Force Friday, us Star Wars fangirls (and boys) have been bombarded with all kinds of superb clothes and accessories from various different companies to fulfill our geeky fashion needs. To say it’s been seriously overwhelming is an understatement. I am constantly having to tell myself to cool my jet-packs (heh) and put my wallet away. There’s just soooOoOoOoo MUCH to chose from! What’s a fangirl to do?!

I started getting a little overwhelmed when choosing which accessories and whatnot to feature, but then I decided to narrow it down on things from the lighter side of the Force. I’m always “dark side this, and dark side that,” so I think it’s time to restore some balance on the blog. 🙂 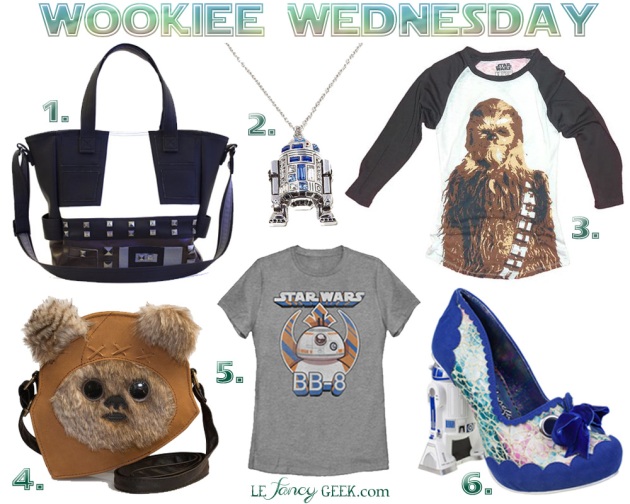 Have you discovered and/or bought any awesome Star Wars goods recently? Or maybe have your eye on something? Tell me about them in the comments!