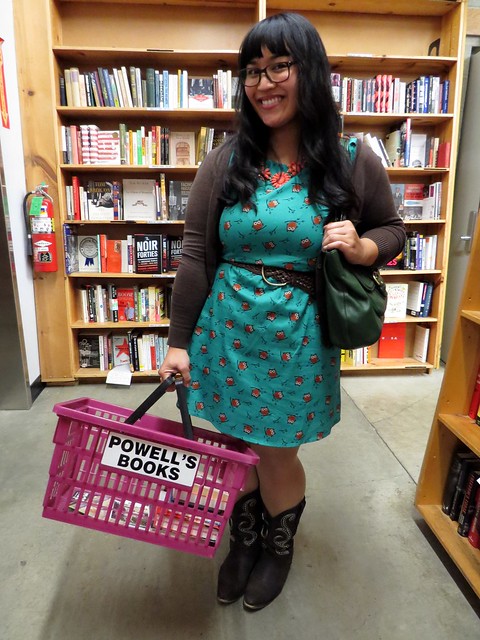 Powell’s City of Books is one of the most magical places I have ever had the pleasure of visiting. It is without a doubt the second happiest place on earth — the first being Disneyland (duh), but it definitely gives Disneyland a run for its money. If only they had Dole Whips. *le sigh* Upon entering Powell’s, Caitlin and I were both bright eyed and bushy tailed and extremely overwhelmed. Books upon books upon books and MORE BOOKS! We spent a good two and a half hours in there (Jen joined us a bit later since she had a late start that morning), and I could’ve easily spent the entire day there if my stomach wasn’t telling me to put some food in it. I’ll talk more about food on the blog later, because OMG. *salivating*

Anyhow, I had no idea where to even start as all the literary categories were split into different rooms on various floors (Gold, Rose, Purple, Pearl, etc). At the front of the store there’s a bookshelf featuring their best sellers, and The Graveyard Book by Neil Gaiman was in their top 30! This made me quite happy since that’s my “100 item” at my job. Caitlin and I went into the Rare Book room where many books that were printed around the 1800s were beautifully displayed in all their worn-out leather bound glory. We must’ve looked really strange as we opened books and held them close to our faces to inhale the old book smell. I sniffed a book from 1884. It smelled spectacular.

I kept straying away from everything I had on my original booklist, then found myself with at least 10 books. One included a gorgeous copy of Breakfast at Tiffany’s by Truman Capote that was in fact Tiffany blue. It’s one of my all-time favorite books, but I couldn’t justify buying a book I already had two copies of (I think I mentioned in one of my previous posts that I got a copy that looks like a first edition, but I can’t tell if it actually is or isn’t). Ugh! It was very difficult, but I managed to trim the fat off of my shopping basket.

I walked away with…

I gave myself a budget of $50, but then I said eff it. BUY ALL THE BOOKS! Carpe diem! Next time I go to Powell’s I’m going to bring some books from my personal library to sell for store credit, that way my bank account won’t be pissed at me. The only problem is that I have a hard time letting go of books. I’ll figure it out when the time comes. 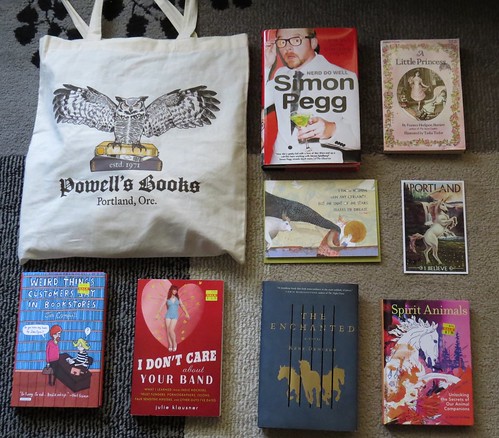 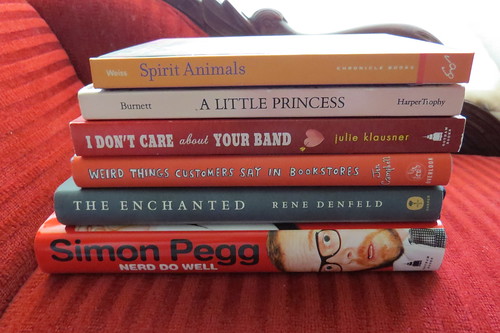 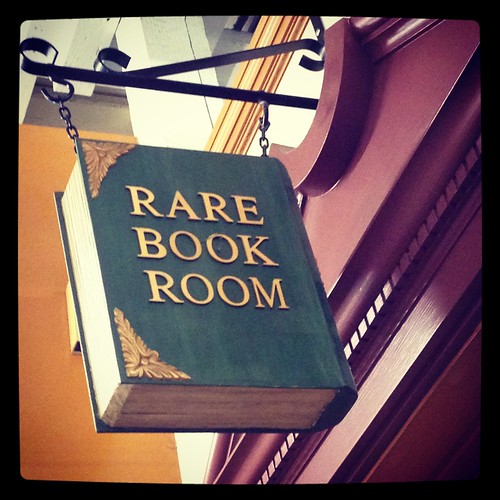 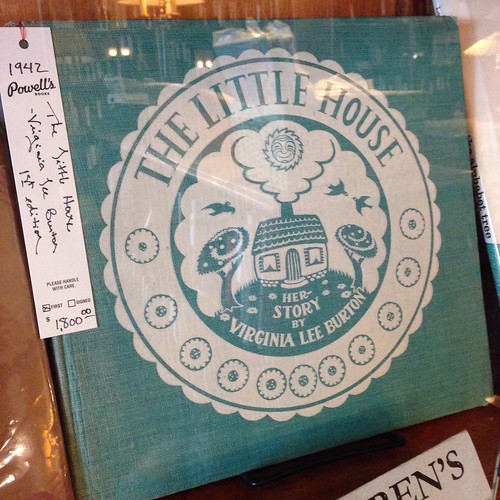 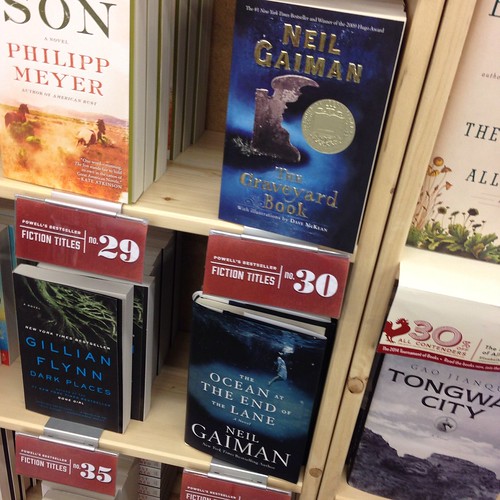 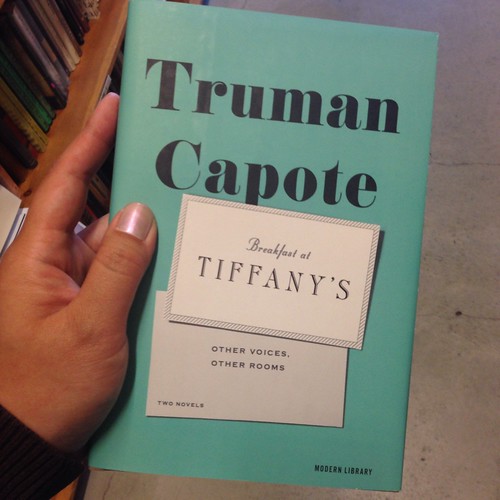 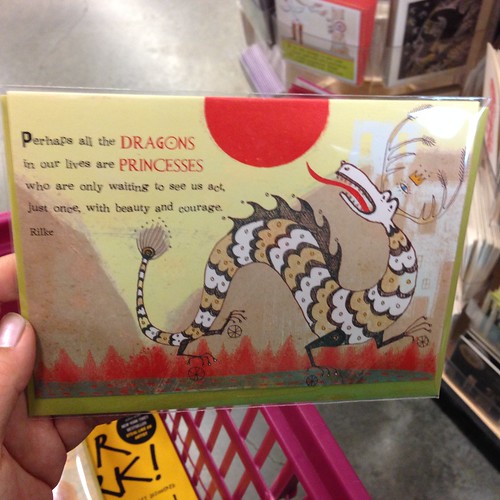 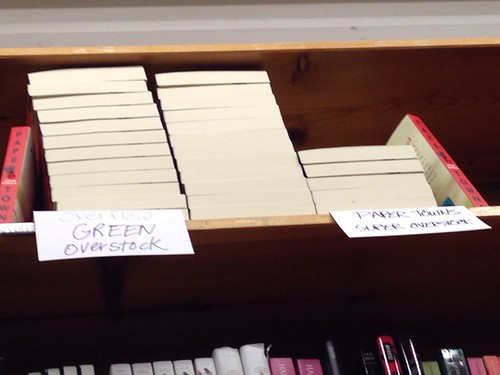 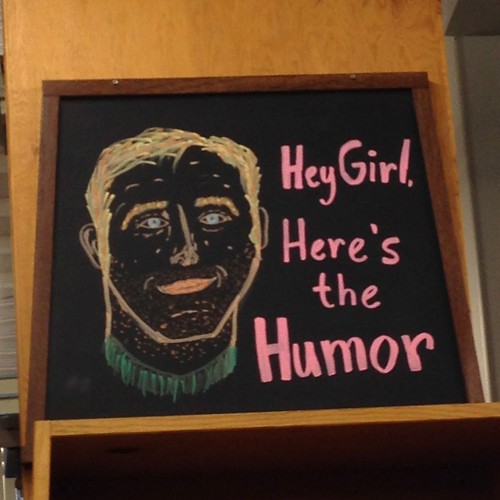 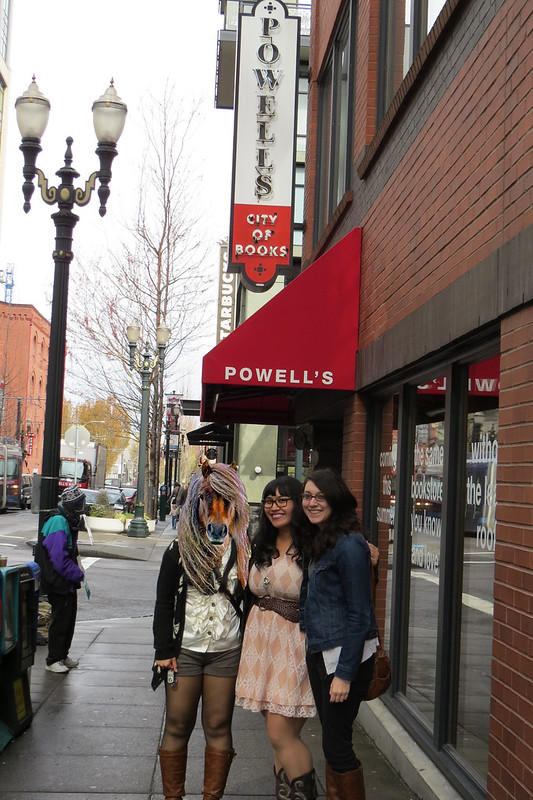 I’m not even close to being done about sharing all my fun adventures in Portland, so stay tuned for more posts!

PS: In case you’re wondering about the group picture, Jen said I could only share it so long as I Photoshopped a horse head over her face.