A friend of mine once asked how many Funko Pop! vinyl figures I own, and I had to stop and think about it for a good 2 minutes. I lost track of all the figures I own, but I know it’s well over 20! With so many choices, how am I supposed to narrow down my top 5 favorite for this week’s 5 Fandom Friday?! I tried my best to not list all my Disney ones to make the list more diverse, but alas. A good majority of my collection are Disney characters (because I’m the biggest Disnerd, duh!). 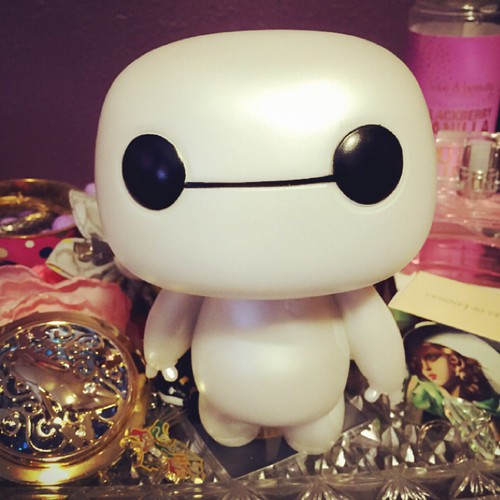 My Baymax figure is the biggest figure I own! My friend Jen got him for me for Christmas (he was originally supposed to be my birthday present) and she was super anxious to give it to me because she knew I would most likely buy it for myself. And I nearly did buy him! I put him on hold at Barnes & Noble, and then she had to keep telling me NOT to buy him. It took me a minute to figure out why. Haha! 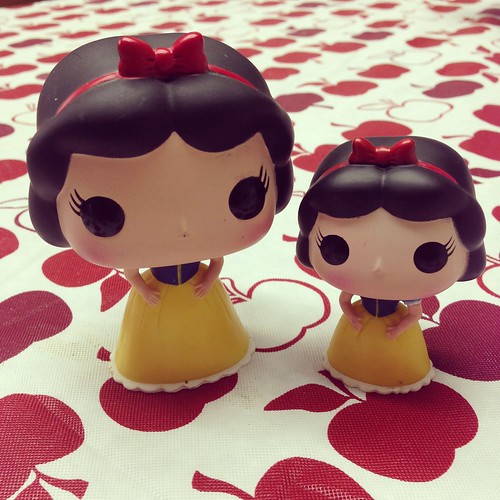 Snow White is my favorite princess, and one of the first Disney Pops I ever purchased (my very first Pop! figure would be Batman). I went pretty crazy when they came out the first Disney series — I got Maleficent, Woody, Buzz Lightyear, and Sulley along with Snow White. But Snow’s the fairest Pop! of them all! I found a set with 3 mini Disney princess figures that had a lil’ Snow White, so now I have two. 😀 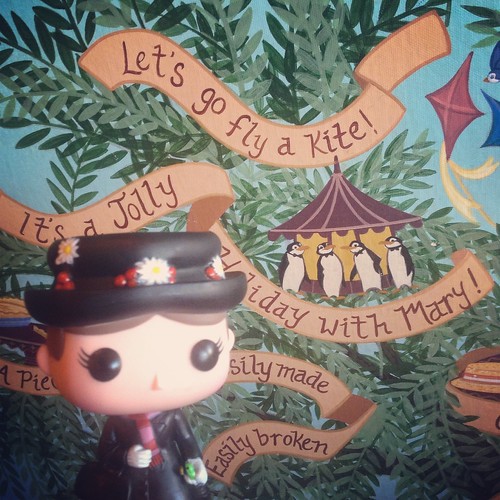 I fangirl’d sooo hard when I saw a preview of the Mary Poppins figure a few years ago. I mean, look at her! She’s practically perfect in every way. 😉 Whoever designed her just completely nailed every little detail from her hat to her umbrella. Perfection! 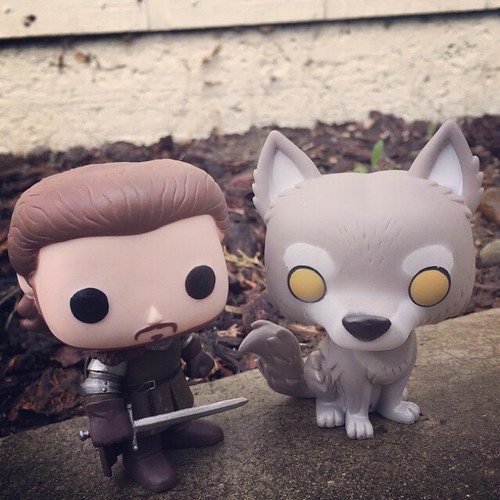 Okay, this is technically two, but I’m counting them as one because I feel that I can’t have one without the other. I got Robb at SDCC, and was on a mad hunt to find his dire wolf, Grey Wind. I didn’t know that Grey Wind was a 7-11 exclusive though (I could’ve sworn I saw him at Barnes & Noble when I still worked there), so he proved to be quite a challenge to acquire for a price below $50. I eventually found him at Stockton-Con, and he is the most priciest Pop! vinyl I own (I haggled and got him for $30). I DID IT FOR YOU, ROBB. 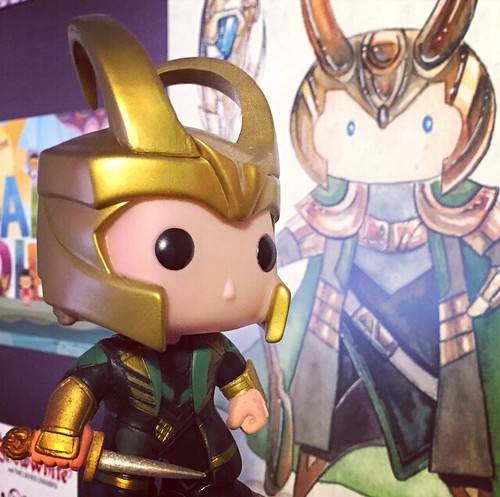 I’m sooo happy that Funko came out with another Loki figure with the pointy helmet! I wasn’t really crazy about the one sans helmet, and the first Loki figure they came out with is way too ‘spensive online, and his helmet wasn’t even gold. This one is just fantastic!

What are some of your favorite Pop! vinyls? Have you lost count of your collection like me? Lemme know in the comments!

Oh, Comic Con. I have such a love/hate relationship with you.

Last year I decided that I needed a break because the Con has gotten way too overwhelming over the past few years. My anxiety can’t take it (nor can my wallet)! And with their new method of purchasing badges last year, it took my sister and I 45 minutes to get through. And even then the 4-day badges completely sold out. SO FRUSTRATING.

But now that Comic Con officially starts today, I can’t help but feel a bit bummed that I’m not there to partake in the geeky festivities. sigh Seeing all sorts of Twitter, Tumblr, and Facebook updates about it colors me chartreuse (not all the way green, as I’m somewhat content).

I just keep reminding myself of how annoying it was waiting for hours on end to get into the exhibit hall, how overly crowded it was, how getting into panels isn’t as simple as it was before, how getting freebies at all the booths is a bitch now, and the B.O. Brigade (stinky folks everywhere!). And I impulse buy like nobody’s business, and when I get home I look at my loot and say, “Well what the hell am I gonna do with all this now?”

Here are some Con exclusives I would have totes gone for (and possibly regret later if I managed to get my hands on them):

I shall live vicariously through all the Comic Con updates I see over the interwebs. In the meantime, I guess I have Stockton’s first official comic book convention to look forward to next month.