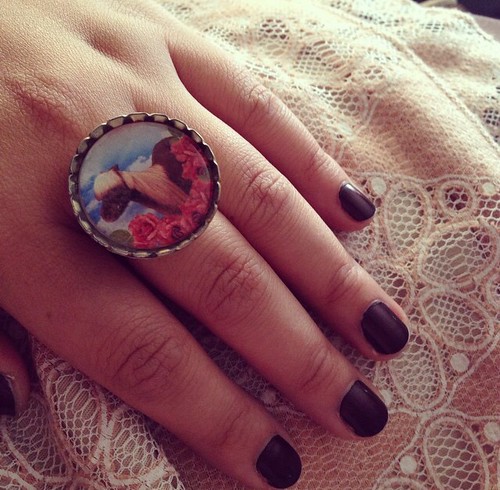 I’m still mourning the loss of my most favorite TV show, Parks & Recreation, which just joined Li’l Sebastian in that stable in sky last Tuesday with its series finale. 😦 In honor of it, this Funday Post will consist of all things Parks & Rec!

♥ Entertainment Weekly reports the ongoings of the last day of shooting.

♥ The cast toasts one another on Late Night With Seth Meyers.

♥ Which Parks & Rec Character Are You? I’m Li’l Sebastian!

♥ The explaination for “Treat Yo Self”

♥ Jimmy Fallon vs the cast of Parks & Rec, Glee style

♥ A generator full of Leslie’s compliments (directed at Ann, but you can just pretend she’s talking to you)

♥ The most beautiful Li’l Sebastian tattoo you will ever lay eyes on.

Before I became a fur baby’s mama, I always fantasized about naming my future pups after public figures — a Pomeranian named Coco Chanel, a Welsh Corgi named Winston Churchill, and a French Bulldog named Jacque Cousteau. And all the names I came up with for my phantom children were all from TV shows — Chandler from Friends, Lucca from ER, and Lorelai from Gilmore Girls. However, I decided 5 years ago that I don’t want children of my own, and NO, I will not change my mind about it!

Since the original post for this week’s 5 Fandom Friday is “Characters I Would Name My Kids After,” I decided to tweak it a bit and talk about characters I would totally name my future puppies after. As you all know, I have my Rory who was named after Rory Williams from Doctor Who. 🙂

The other name I considered for Rory was Simon, as in Simon Tam from Firefly. The name Rory ultimately won out because I was very hellbent on naming him after someone from Doctor Who, and didn’t care that my family thought the name was “ugly.”

Anyhow, here are the names of characters I would name my fur babies after:

Don’t tell Rory, but I adore Mini Schnauzers! They’re one of my most favorite dog breeds because they look like little old men. I decided many years ago that when I do eventually get a Schnauzer baby I will name him after Bruce Wayne’s trusty butler, Alfred Pennyworth. I’ll call him Alfie for short too! 🙂

Fun Fact: Michael Caine has played both Alfred Pennyworth in the The Dark Knight trilogy and the titular role of Alfie.

Andy Dwyer is basically a Yellow Labrador Retriever in human form, so Andy is quite a fitting name for a pup! I don’t necessarily want to get a Yellow Lab and name him Andy. I think the name would work for any kind of pup, as long as it had a really silly personality.

I’m more of a boy-dog person, and I think that’s only because I can only ever think of boy names that I like. But one day I’d love to have a fluffy daughter because seeing all the girly things at pet stores drives me mad! I like the name Joan, as in Joan Holloway (I know her last name is Harris now, but i reject it), for a girl pup. She’s my favorite character on Mad Men, and I think her name is suitable for a fluffy little lass. I’d also call her Joanie. 🙂

Zoe is another name I like for a little girl pup. And if I named my fluffy daughter Zoe, her namesake would be Zoe Washburne from Firefly, of course! Zoe is a BAMF. All the characters I listed are BAMF! So I guess it’s a rule of thumb that all my dog sons and daughters are to be named after fictional BAMFs. 🙂

I started watching Arrow a couple weeks ago — I’m all done with season 2, but I have no idea where to go to watch season 3. WAAAH!!! But anyhow, I love the name Oliver (Ollie for funsies) and think it’s such a good name for a dog! If I had a fur baby named Ollie, I’d dress him up in green sweaters too 😀

Do you have any fur babies named after your favorite character? Or what characters would you name your fur babies after? Tell me in the comments section!

Hey my little ponies! Today marks a very special holiday that Parks & Recreation, my favorite show EVER, has introduced to the world: Galentine’s Day! The original prompt for this week’s installment of 5 Fandom Friday was to list our favorite fictional couples that we ship. But In honor of this momentous holiday, I’m going to be listing my top 5 favorite fictional female besties instead 😀

Without further ado, here are five of my favorite fictional female besties!

A post inspired by Galentine’s Day would be nothing if I didn’t list Ann and Leslie as one of my favorite female bestie duos! Ann loves Leslie even though she can be overbearing and intense, but Leslie just has so much love to give and she means well, which Ann knows and that’s why their friendship works. Plus Ann knows exactly what to do when Leslie needs someone, especially when Ben fails at it. Remember when she stopped them both from getting tattoos by the skeevy pawnshop guy? YOU HAD ONE JOB, BEN!

I love Broad City soooo much and these girls are effing fearless! Ilana constantly reminds me that I need to tell my girlfriends that they all have the ass of an angel. She’s extremely complimentary of Abbi, and Ilana even unclogged Abbi’s toilet after she took a dump during a blackout and got rid of the poop when Abbi’s crush/neighbor came over. I mean, THAT is love and a level of friendship I will probably never get to, because poop.

Misery loves company, which is why I love Jane and Daria. It’s the basis of their whole friendship! They’re full of snark and wit, and know the true value of pizza. These two definitely set a standard for what I looked for in a friend as a youngin’. Not sure what that says about me, but there ya go.

Another ’90s bestie duo that I love dearly! I watched this movie when I was just a little third grader, and I thought Cher and Di were so cool. Sure, they had their shallow and stuck up moments, but they did help bring Miss Geist and Mr. Hall together, and gave the newbie Tai a total makeover with no hidden agenda. And Di never made fun of Cher for being a virgin who can’t drive. Way harsh, Tai. That’s why you’re not on the list. 😛

5. The ladies of The Golden Girls

Watching The Golden Girls now as an adult shows me that friendships pretty much stays the same no matter how old you are. We’ll still talk about boys, things we hope to accomplish, get into silly shenanigans, and solve problems with cheesecake and ice cream. That’s why I love these ladies!

Happy Galentine’s Day!!! Who are your favorite fictional female besties?

It’s a bit late in the day (a little past 5pm here on the west coast), but Le Fancy Geek Boutique is finally up and running! As a thank you for your enthusiasm and patience, use the code FANCYFIVE to take $5 off your purchase (good until Dec. 7). Yaaay for saving $$$!!!

I’m quite annoyed with myself for not reaching my goal of opening up shop during the holiday weekend. Le Fancy Geek Boutique may not be ready for Cyber Monday, however I WILL be opening up shop this Wednesday,the 4th of December NO MATTER WHAT. Mind you, it’ll be a soft opening featuring necklaces I’ve been able to photograph (I was not expecting the glass domes on the bezels to be ridiculously difficult to photograph — if anyone has tips, feel free to share!).

Thank you all so much for your enthusiasm about my new pieces and for your patience. And as a treat, there will be a coupon code to save $5 on your first order! More details to come.

Once again, thank you all soooo much for being patient with me!

I don’t quite remember how I came across the art of Nan Lawson (I think it might’ve been a random Etsy find), but I just remember immediately falling in love with it! She’s very well known for her super quirky/nerdy art style and pop culture pieces from the likes of Harry Potter, Star Wars, Downton Abbey (I used her Lady Mary shirt in my Thoroughly Modern Mary post awhile ago), The Avengers, Doctor Who, Wes Anderson, etc. The Academy Awards also commissioned her earlier this year to create some pieces for their website of iconic cinematic couples for Valentine’s Day that people could send as virtual greetings (The Sound of Music and Gone With the Wind are pictured below). Nan’s work has also appeared in Timeout New York, Zooey Magazine, GadChick, and art galleries such as Gallery 1988.

I hope you all enjoy her work just as much as I do! Be sure to check out where to follow her on the interwebs and buy her prints, t-shirts, and other thing-a-ma-bobs at the end of the post. 🙂