While I’m away, Le Fancy Geek Boutique is having a sale! Save 15% off your purchase with the code ALOHA15, good until September 21.

I just restocked the Stormtrooper, Princess Leia, and Han Solo necklaces too ☺

It takes 1-2 weeks for me to send out orders, but since I’m in Hawaii, any orders placed from now until the 18th will have 1-2 week delay.

The very first Geek Fashion Week just started yesterday! I’m pretty excited that I’ll be in Los Angeles this weekend to check out some of the events that will be taking place, including the fashion show! You can totally expect a recap of all that on Le Fancy Geek shortly after 😀

Geek Fashion Week isn’t just happening in LA, but online too! Be sure check out their site here to learn more about it.

To celebrate this awesome week, you can save 15% off your entire purchase at Le Fancy Geek Boutique from now until Monday, March 30! Just use code GEEKFASHIONWK15 during checkout. 😀

I hope to see some of you ponies there! 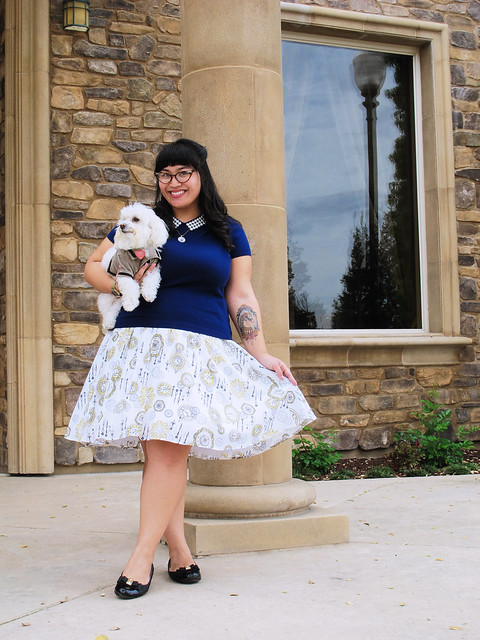 I never thought I’d ever need a petticoat (or crinoline), but since I’ve been more inspired by vintage/pinup girl fashion thanks to Pinup Girl Clothing I’ve found that petticoats are essential for making the circle skirts that I own look nice ‘n pouffy. After I scored one by Tatyana on Zulily, I’ve also found that they make me feel like an effing Disney princess! If I can’t be an actual Disney princess, I’d like to at least look or feel like one… this is what most women in their late 20s want, right?

Speaking of Disney princesses, have any of you seen the new Cinderella movie starring Lily James yet?! I watched it last Friday and I am OBSESSED. It’s sooo magical! The movie made me feel like a little girl full of hopes and dreams while watching it. 🙂 I thought it was a great adaptation of the animated version, and I’m really pleased with all the changes that were made, such as Cinderella meeting the prince (played by a beardless Richard Madden) before the ball. The story and the characters just felt a lot fuller to me than the animated version. Then again, it’s been awhile since I’ve seen it, so I could be wrong. Oh, Cate Blanchett was fabulous as Lady Tremaine! I hated her and admired her all at once. I don’t know how to explain that, but I’m sure if you see the movie you’ll understand.

I don’t really have anything in closet to do an actual Cinderella Disneybound, but I knew I wanted to put together something Cinderella-ish. The skirt with the clocks is something I got on ModCloth ages ago. It seemed more Doctor Who-ish to me at first, but when I happened upon it while trying to find pieces for a Cinderella outfit I thought it tied in with the clock at the ball.  And I don’t own any flats that resemble glass slippers, but my vintage lucite clutch seemed like a good alternative. 🙂 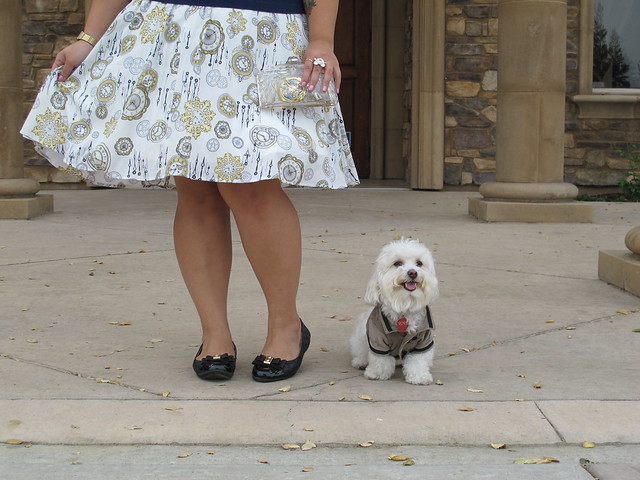 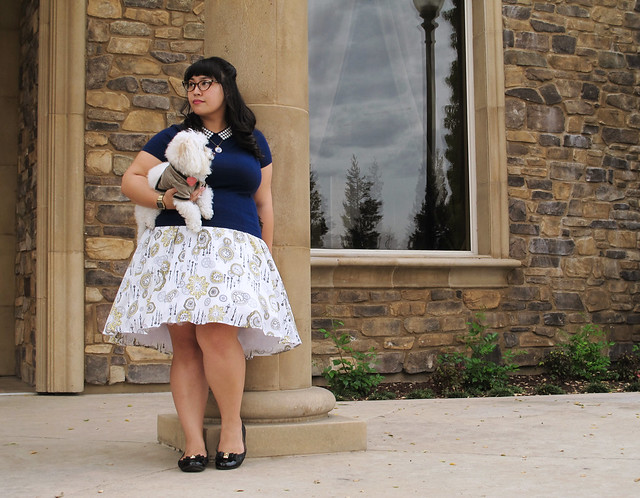 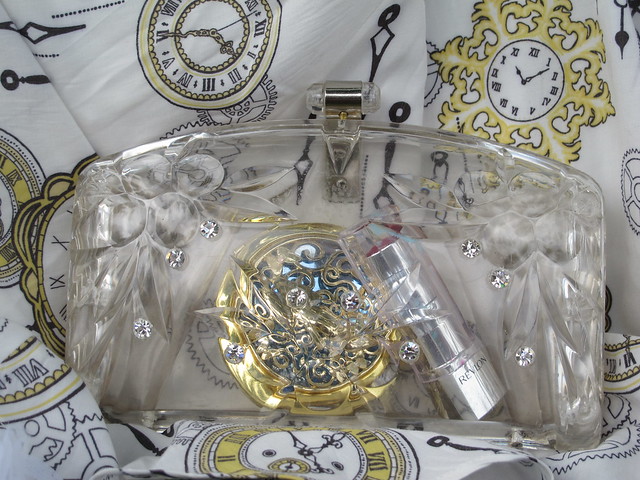 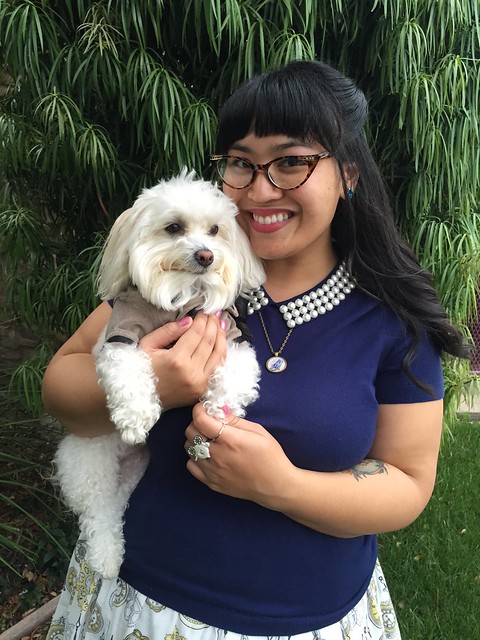 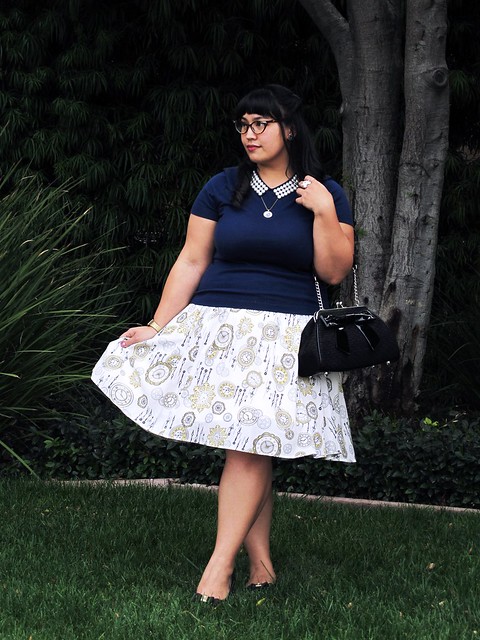 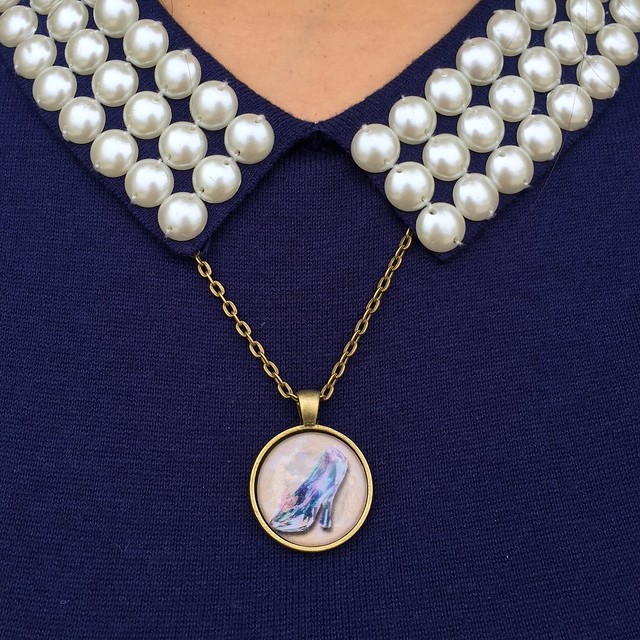 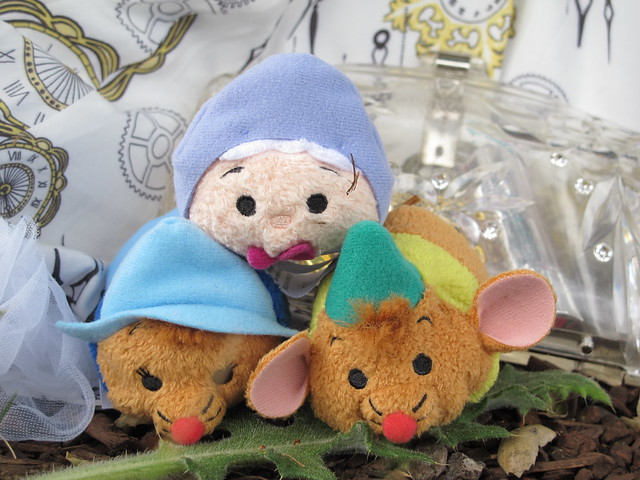 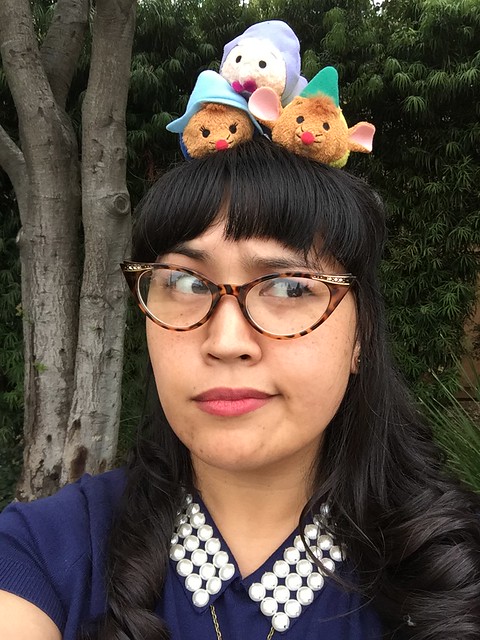 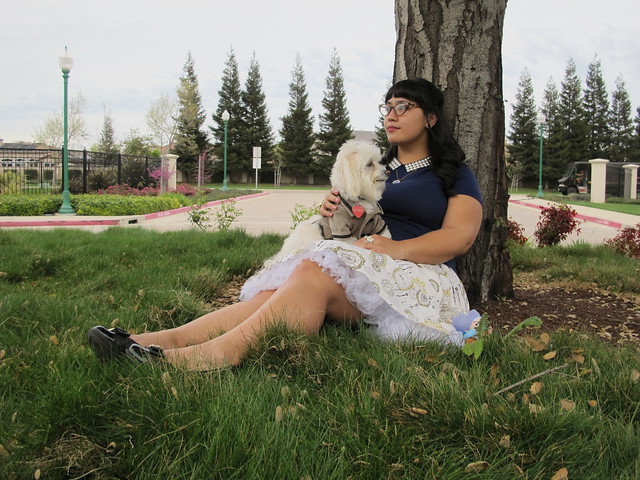 Hey my little ponies! In case you’re still scrambling to get Christmas presents for your loved ones, I just wanted to let you all know that the necklaces in my Etsy store make perfect stocking stuffers for your geeky friends and family members. And I just added new Guardians of the Galaxy necklaces today!!

For US residents, be sure to place orders by Sunday to ensure that your order will come in time for Christmas 🙂

PS: Sorry to all Drax the Destroyer fans — I couldn’t quite find an image of Drax that I liked for a pendant, but I do want to eventually add him to the store!