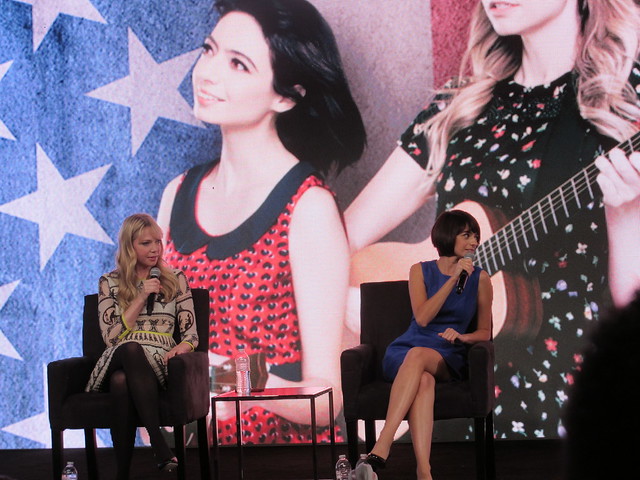 I’ve been a fan of Garfunkel and Oates, the musical comedy duo that consists of actresses Riki Lindhome and Kate Micucci, since I saw Micucci on Scrubs about 6 years ago (?), and they’re going to have their own TV show and it’s premiering on IFC tomorrow @ 10pm!

If you haven’t heard of G&O, they’re basically like a female version of Flight of the Conchords, except  a lot of their songs would probably make Bret and Jemaine blush redder than a red delicious (watch their music video for “Loophole” at your own discretion — PS: it’s totes NSFW). Their Conversations for a Cause panel at Nerd HQ during Comic-Con weekend was just a wee bit NSFW as well (f-bombs galore), and I got to witness it all in person! I don’t know how many times Zachary Levi had his head in his hands or eagerly asked the audience for the next question. Haha!

You can watch their conversation in this video (and you can totally see me chomping on my gum in the audience):

If you like silly ladies, fun songs, and crude humor, then I urge you to check them out! 🙂

PS:  You can watch the third episode of Garfunkel and Oates right hurr:

PPS: Here’s a picture I took of Zachary Levi during the panel, just because. 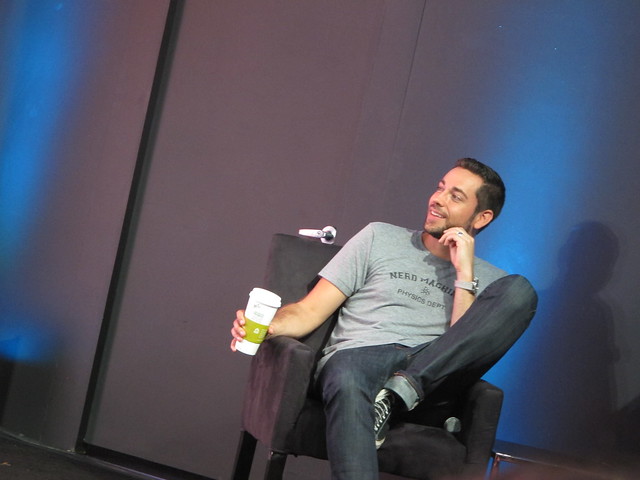