Hey my little ponies! In my blogiversary post I mentioned that I had an awesome giveaway lined up to help celebrate my five year blogiversary. I wanted to wait until April’s Level Up package arrived so I could make an unpacking video and whatnot to announce said giveaway, buuuut there have been some snafus and I’m still waiting for it. – shoulder shrug –

I gotta get the ball rolling on this giveaway though, so without further ado here’s what’s up for grabs:

Five of my readers will win this month’s Level Up t-shirt bundle subscription which also includes the Lady Loot fashion accessory! So that’s five winners to rep each year this blog has been up and running. 😀

This month’s Level Up theme is “The Power” which will include a Masters of the Universe themed t-shirt and fashion accessories from Marvel and Super Mario Bros! So that’s what you can possibly win. Weee!

And FYI, the wearable item will feature swag from The Lord of the Rings, and the sock bundle will also include Masters of the Universe and Super Mario Bros.

Oh, and good news: this giveaway is open to all my readers (old and new) and international! YAASSS!!!

a Rafflecopter giveaway
https://widget-prime.rafflecopter.com/launch.js
EDIT: I extended the giveaway to end @ midnight PST on the 19th. Winners will be notified via email the following morning to give them time to use their coupon codes.

Thank you Level Up for sponsoring such an epic giveaway. And thank YOU, my awesome ponies, for sticking around with this little ‘ol blog of mine. Good luck with the giveaway!!!!!

PS: Don’t forget, if you’d like to subscribe to Level Up’s other subscriptions go here and use code “LEFANCYGEEK” to save 10% 🙂

PPS: If you’re reading this via email subscription, go here to watch the YouTube video I placed in this post. 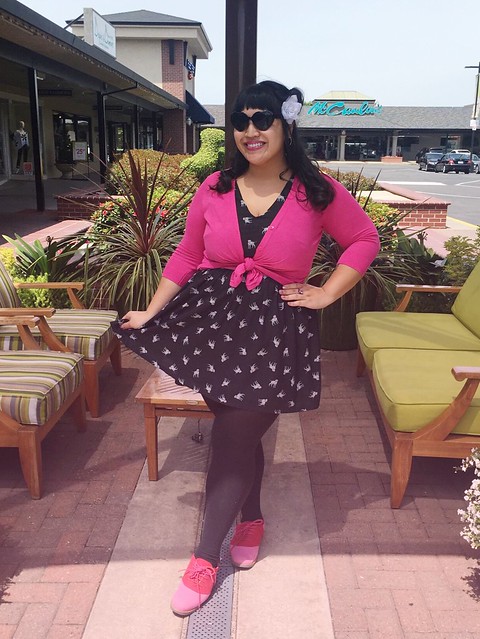 Today marks Le Fancy Geek’s five year blogiversary! I can’t believe it’s been five years since I started this geeky fashion/lifestyle blog. I originally started it as a way for me to have an outlet that encouraged me to keep on writing and express my creativity through the clothes I wear. Who knew it’d last this long? And never did I think it would lead me to so many awesome opportunities to work with companies I’ve been a fan of for ages, or meet tons of fantastic people — some of which I can actually call my dear friends, and I’ve had the pleasure of meeting some of them in person ♥

As a way to express my gratitude to those who have followed me over the years, I’m going to be throwing a fabulous giveaway very soon, and I’m so excited because there’ll be five winners. So stay tuned! 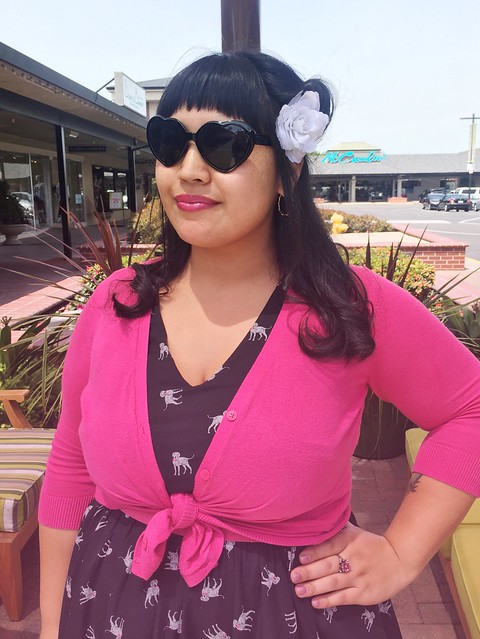 I guess the outfit I wore to work today isn’t exactly geeky per say, but it has dalmatians all over it and I’ve been crazy for pups ever since I was little. Surely this counts as some sort of geeky get-up, right? 😛