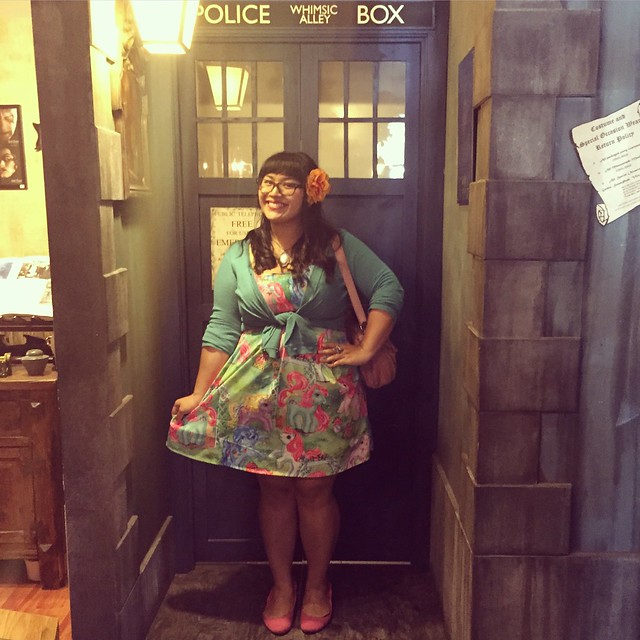 My trip to LA was full of all kinds of geekiness! Jen and I, along with our friend Danielle, stopped by Whimsic Alley last Friday, which is a mecca for all things geek (Harry Potter, Sherlock, Game of Thrones, Doctor Who, Downton Abbey — you name it, they have it), and they happened to be having their Geeky Faire the weekend we were there. If that’s not serendipity, then I don’t know what is!

I had heard of their Geeky Faire from some of the folks I follow on Instagram, so I inquired about how often they have it, and the next thing I knew I was signing a contract and forking over my credit card to be a vendor at their Geeky Faire in December! Needless to say, I’m extremely excited!!! Jen will be sharing a table with me selling her geek wares too. She has yet to make them, but once her Etsy store is up and running I’ll share her work with you ponies. 🙂

Whimsic Alley has a door that looks like the TARDIS which leads visitors to a room that resembles the Great Hall in Harry Potter. It’s pretty effin’ spectacular. Anyhow, that’s where the Geeky Faire was held. Jen and I headed back on Sunday to check it out before we headed back to Stockon. And holy crap, you guys! It took everything in me to not throw my money at every vendor that was there. Everyone had so many geektastical things to offer, and I can’t wait until December because hellooo Christmas shopping

I didn’t get a chance to hit up all the vendors, but here are some that really caught my attention: 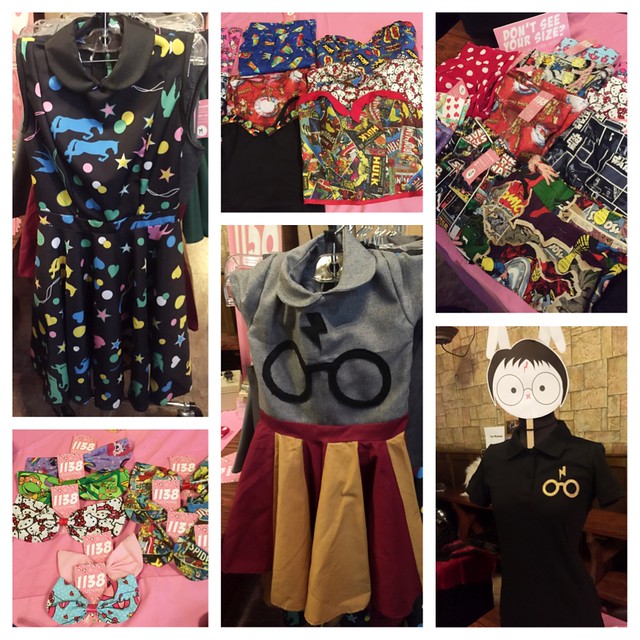 I ended up buying a pair of Jon Snow and Ghost cling earrings from Nerdy But Still Girly. How could I not? Look at how precious they are! If I wasn’t on a budget, best believe I would’ve gotten so much more from their booth. 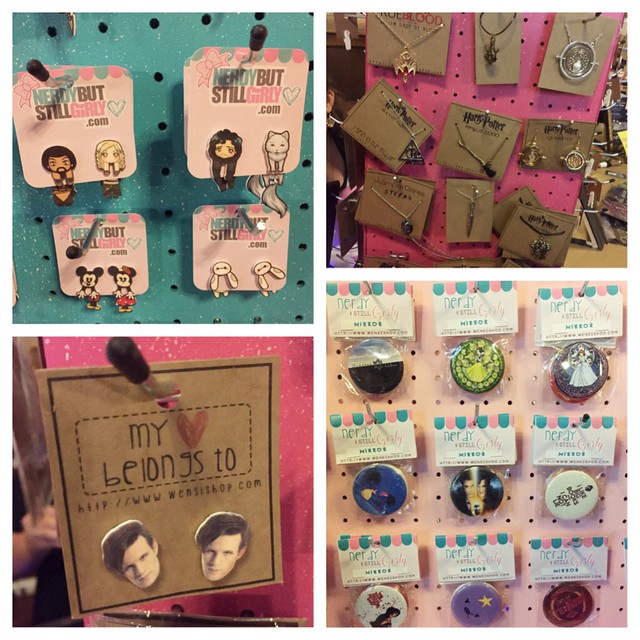 I was so excited to see fandom tea from Adagio at the Geeky Faire! I got a Game of Thrones blend during the holidays, and it’s quite delicious. Aun-Juli had some of her blends on hand featuring her beautiful watercolor artwork. Be sure to check out her tea blends here. I picked up sample tins of Elven Nectar, TARDIS, and Dalek Specialtea. 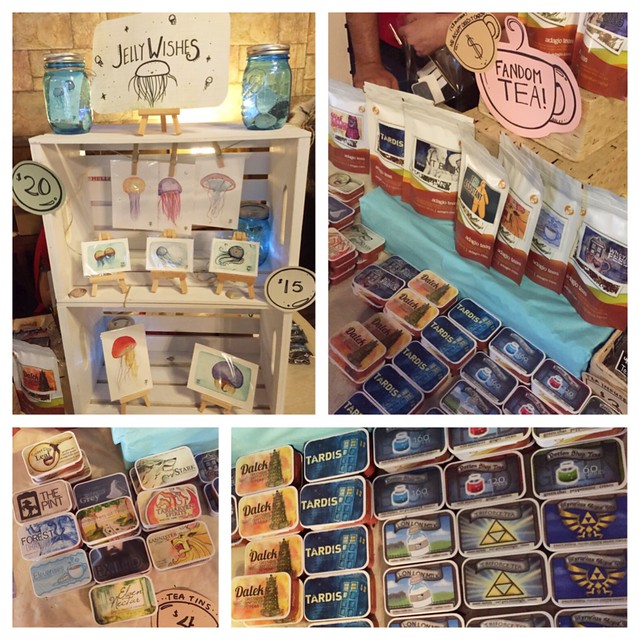 Look at how elegant these geeky silhouette necklaces are! My favorites are the Han Solo and Sherlock ones. 🙂 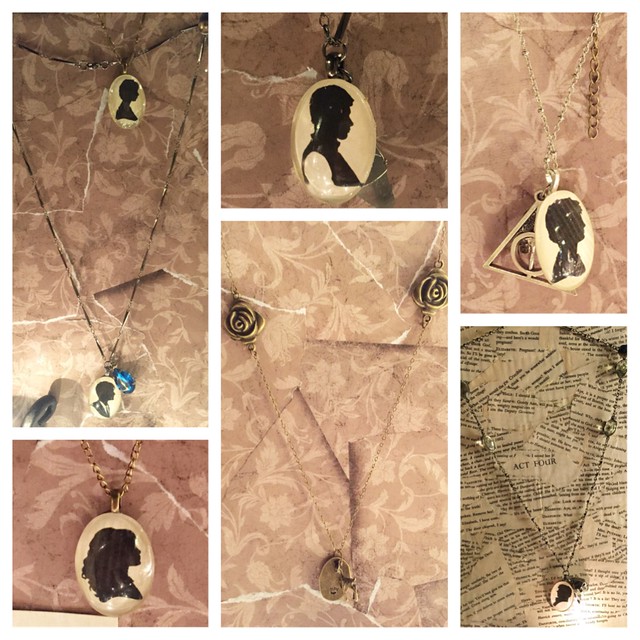 A Bird in the Hand:

I’m a sucker for a geeky mug, and A Bird in the Hand has soooo many to choose from! I found myself particularly drawn to the Shaun of the Dead mug that says “You’ve Got Red on You” and the Accio Tea mug. Ugh, so cute! And so perfect to sip some fandom tea out of! 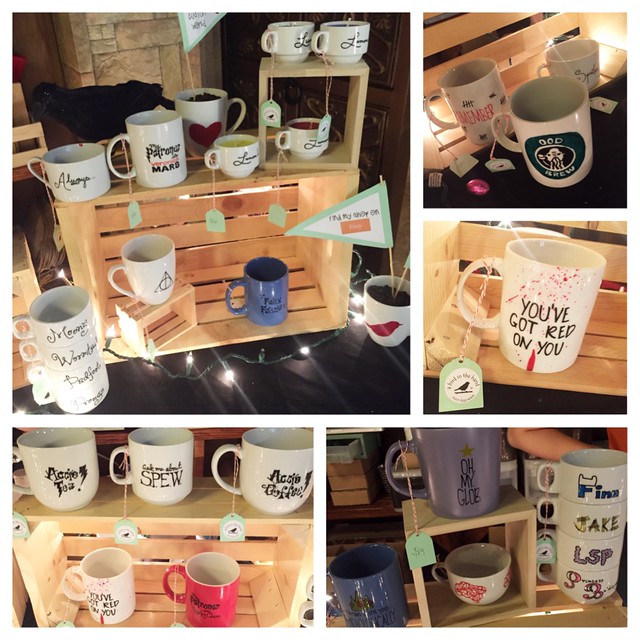 How great are these book necklaces and earrings? Kit’s Designs also had some really great boxes with beloved book covers from Edgar Allan Poe, The Fault in Our Stars, etc. 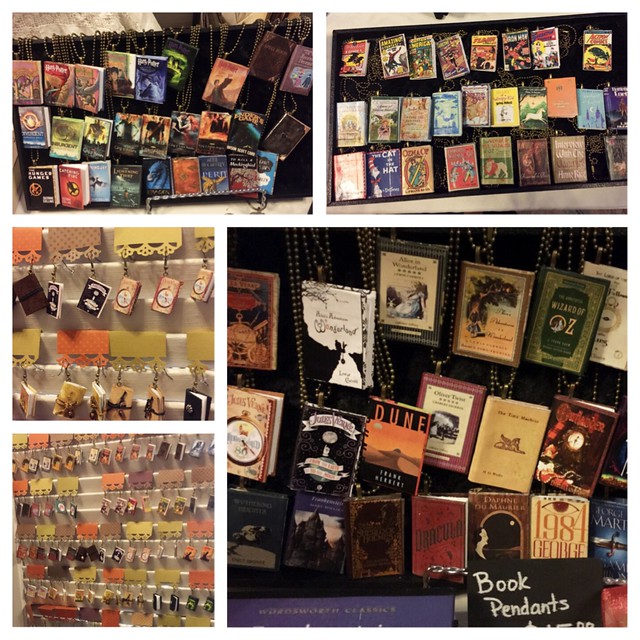 Jen and I couldn’t stop squeeling at this table. Their My Little Ponys and Adiposes absolutely slayed me! 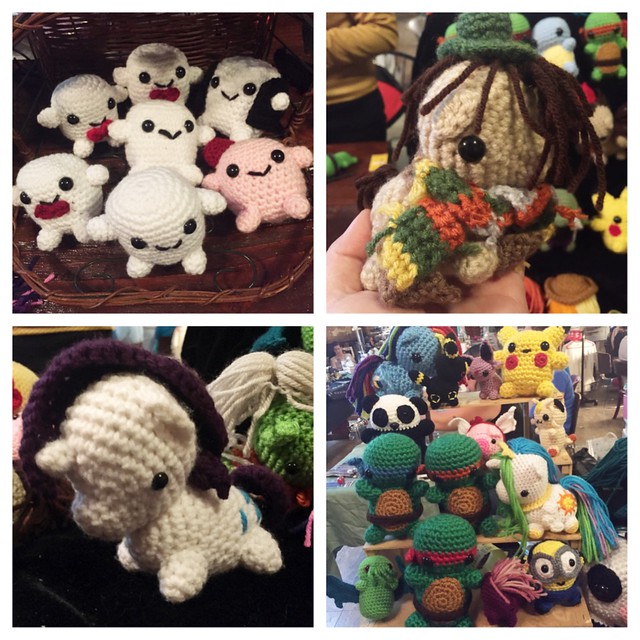 I seriously cannot wait until December! I hope I’ll see some of you ponies there too! 🙂