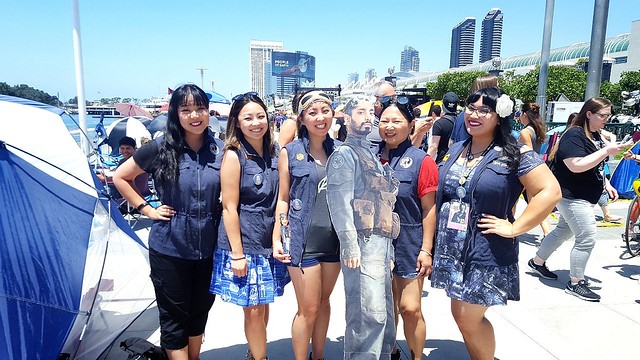 Bodhi Rook is one of my faves in Rogue One: A Star Wars Story, so it was pretty upsetting to see how he got (and still does get) the short end of the stick when it comes to being represented in Star Wars merch. ‘Cause if you know me, I’m the perfect consumer; I want to buy all the things that feature my favorite characters! Plus, knowing that the ensemble cast was comprised of so many POC actors was so important to many Star Wars fans, myself included. And the fact that they cast Riz Ahmed, a Muslim actor, in a heroic role rather than a stereotypical terrorist one is of utmost importance. POC of all faiths and ethnic backgrounds want to see themselves represented in the types of stories we love (in roles that aren’t one dimensional and stereotyped) because it makes us feel like we matter. And when it’s something as epic as Star Wars, we want the merch too!

It’s been a couple years since Rogue One came out, but even now his absence on merch featuring the core team is absolutely noticeable. Even when Disneyland had their Season of the Force event going on in Tomorrowland a few years ago, every character from Rogue One could be found in banners and displays except for Bodhi. He played an integral role in Rogue One — he’s the one that delivered Galen Erso’s message about how to destroy the Death Star and came up with the Rogue One call sign a.k.a. the movie’s damn title for eff’s sake!

So one day last year, I tweeted about it:

After that one tweet, Alice, who I became friends with through Instagram, retweeted it and CC’d s her sister Cat. And Gladys, who I’ve been internet friends with for years, also chimed in on her disdain for the lack of Bodhi. I remember Syl, another longtime internet homie, chimed in too, but I can’t find her tweet!

From there, the Bodhi Brigade was born! Its members include myself, Syl, Gladys, Alice, Cat, Laura, and Amber. Originally, we had a few other members but they have since left (we still have much love for them though!). We didn’t officially christen ourselves with the Bodhi Brigade name until months of back and forth tagging each other in every single Bodhi/Riz Ahmed related thing we came across (shout out to OG member Gwen for coming up with the name); we eventually made a private chat on Twitter to make it easier to share all the Bodhi/Riz news 🙂 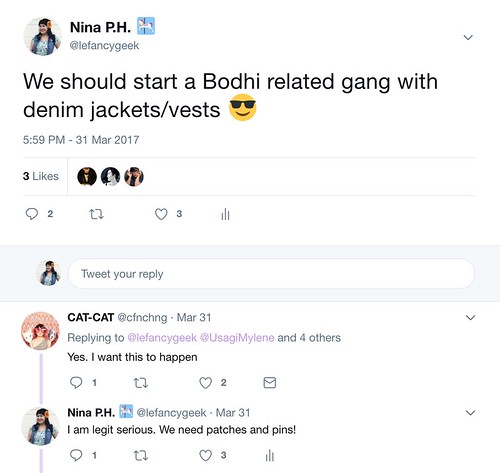 Sometime before the private chat was made, I proposed that we start a Bodhi related gang complete with denim jackets/vests, because I sooo badly wanted to be in a cool girl gang with the apparel to show it off, and we practically were one, so why not?! Luckily, everyone was on board with the idea! Alice and Cat (I think) found the perfect vests that were reminiscent of Bodhi’s jumpsuit at Target, and I searched Etsy for a place to make a custom patch (WrightCreationsPA made our gang name banner, half Rebel/Empire, and Bodhi backpack patches!).

A majority of us were going to be at SDCC so we decided to meet up and debut our awesome Bodhi swag! Laura came through and made a life-size Bodhi cutout so we could take pics with “Riz.” 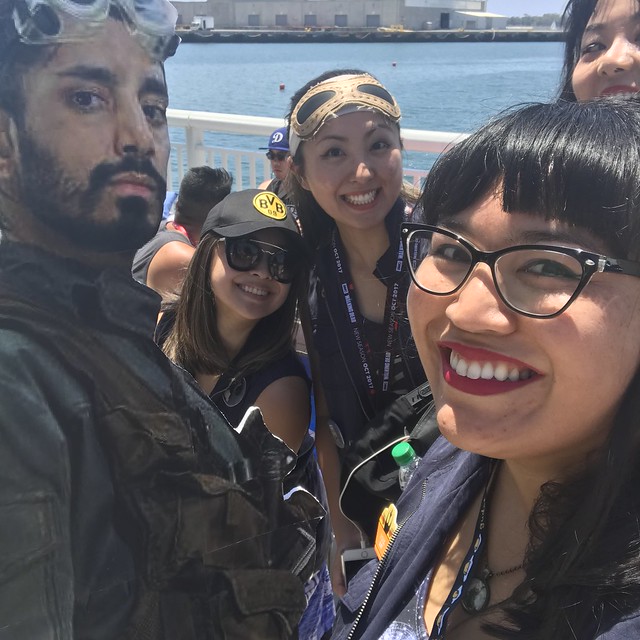 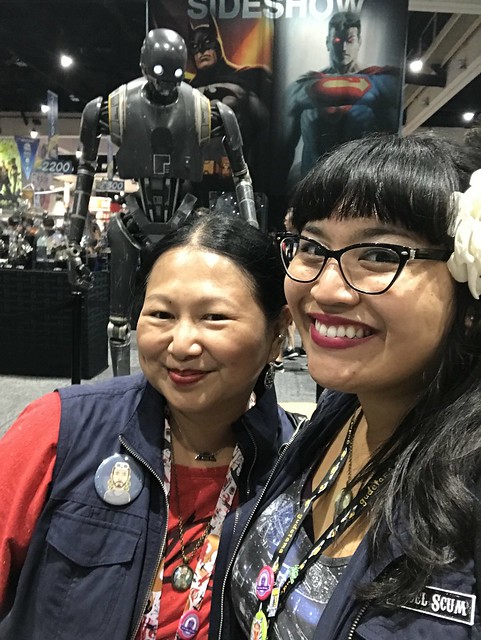 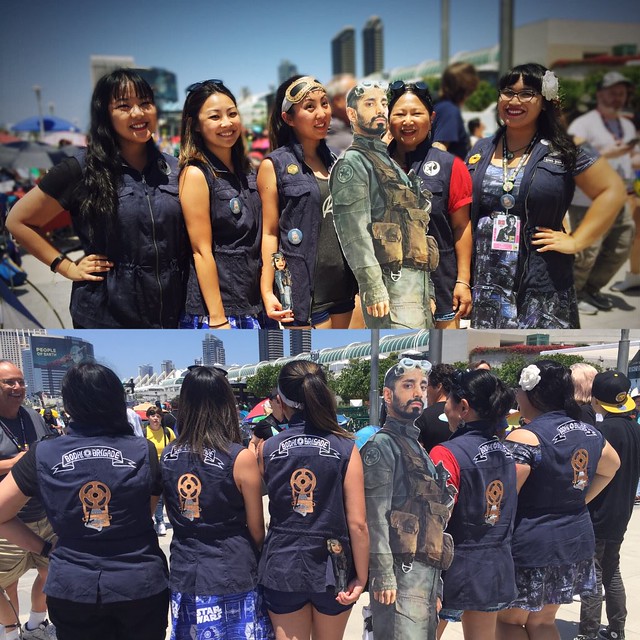 The Bodhi Brigade is still going strong! Our love for Bodhi Rook/Riz Ahmed brought us together, but our love for Star Wars, passion for representation of POC in the shows and movies we love, porgs, and Rose Tico are a few other things that’s brought us so much closer. And through sickness and personal triumphs, we’re all constant cheerleaders in each others lives and I couldn’t be happier to call these women my friends and sisters ❤

PS: Riz Ahmed totally saw us on Twitter last year and retweeted Laura’s tweet and this has been written from the great beyond because we are all dead and are just wandering around as ghosts.