Hey everyone! Bit late with this, but I received last month’s Anti-Hero themed Loot Wear subscriptions a couple weeks ago. I came up with two looks for the t-shirt and wearble items and based it around one skirt, but before we get into that, I’m gonna talk a bit about the ins and outs of Loot Wear in case you’re new to it or my blog.

Loot Wear is a monthly subscription service that offers geeky mystery apparel. Every month comes with a specific theme and they announce what franchises will be included for each subscription, so it’s not a complete shot in the dark as to what you’ll receive. Looters (as subscribers are called) can choose to get a subscription for socks, a wearable (loungewear, raglan tees, hoodies, etc), t-shirt, or something geared towards the ladies (Loot For Her which includes 1-2 items, either an accessory or wearable), or get a socks/wearable combo or t-shirt/Loot For Her combo.

Here’s what came with the August subscriptions: 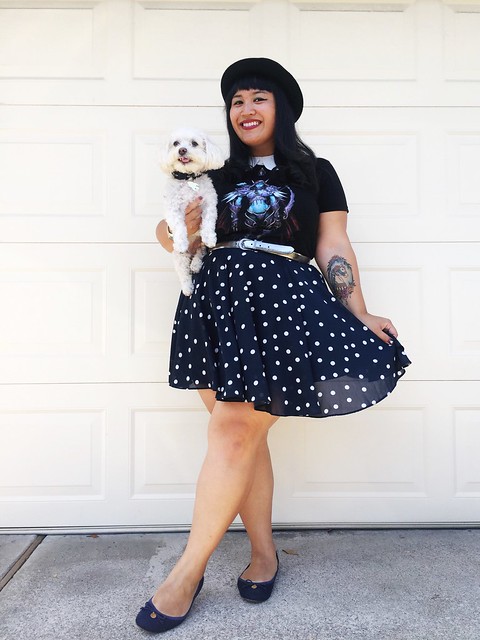 Story time! I played World of Warcraft for a good three months about eight years ago during winter break. It was so bad. I’m talking stay-in-my-room-for-eight-hours-straight-but-go-downstairs-at-night-to-let-my-family-know-I’m-still-alive bad. And all I did was go on mini quests and collect herbs and cloth so I could make potions and new outfits for my human mage named Cydonia — after Muse’s “Knights of Cydonia.” I was also on the PVE server (player vs environment) because being the anti-social gamer noob that I am, I thought it meant less interaction with other people. Nope. I learned that people can still contact you on PVE servers. – sigh – I have an addictive personality, so even though all I did was run around Azeroth and ignored all the people who tried inviting me to go on quests with them or join their guild, I was utterly engrossed and obsessed with gaining XP points.

So, when I saw the Sylvannas Windrunner t-shirt all I thought was, “Oh, hey. It’s a night elf!” I had zero clue that she was an actual character from the game. I only found out when I looked it up. Also, sylvannas/silvanas is a tasty Filipino dessert that’s somewhat similar to macarons. Did you know that? I wonder if the creator of Sylvannas named her after that…? If you can, you should track one down and devour it, so long as you don’t have a nut allergy. Anyhow, I decided to pair the tee with my navy polka dot skirt to breakup the serious looking nature of the design and make it kind of fun. And who doesn’t love a Peter Pan collar or bowler hat? 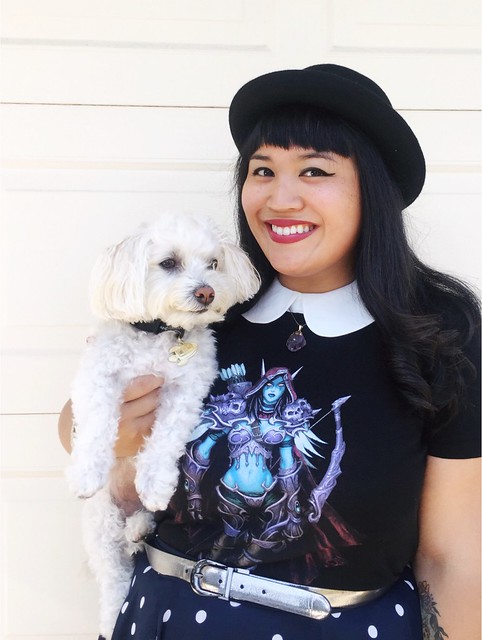 Socks & Loot For Her: 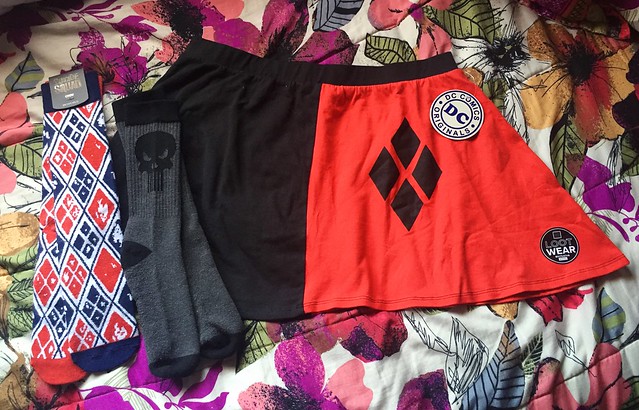 I was really excited for the Harley Quinn Loot For Her item since I’ve been a fan of hers ever since she made her debut in Batman: The Animated Series. I thought maybe it’d be a piece of jewelry or a tote bag, but it was a skirt. Now, don’t get me wrong. I think the skirt is super cute and when I tried it on it fit fine, but the length is… uh… well… really short. And I do like a short skirt; my family knows this all too well because they seem to comment on my hemline all the damn time. But it’s too short for my own personal taste. I’m a grown woman, guys. I can’t go around wearing a skirt that leaves nothing to the imagination as far as my assets are concerned. Y’know?

As for the socks, I can never really complain about them because who doesn’t love a good geeky novelty sock? I thought both of them were pretty subtle in design and, as always, comfy. 🙂 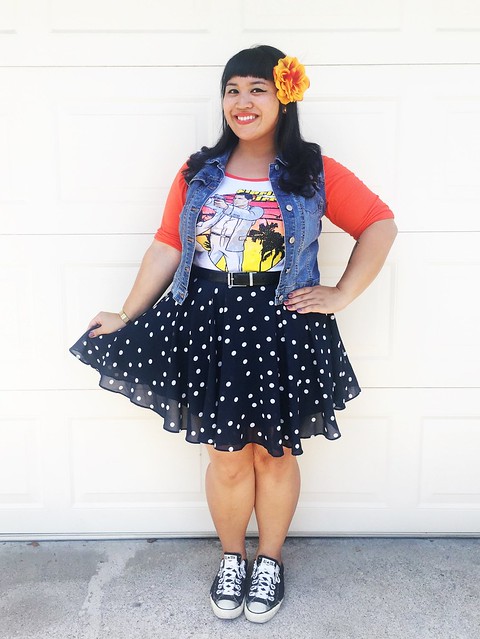 I’ve been told to watch Archer by a few people, but I have yet to do so. Whoops! I love when Loot Wear comes out with raglans though, so despite the fact that my knowledge of Archer is slim, I do like this shirt a lot. I think Archer is on Netflix still, so I don’t really have an excuse to delay me watching, right? Oh, except I still need to finish the second season of Daredevil… and Strangers Things.

STOP THAT. I can feel your judgmental glares and your scoffs of disapproval  through my laptop. 😛 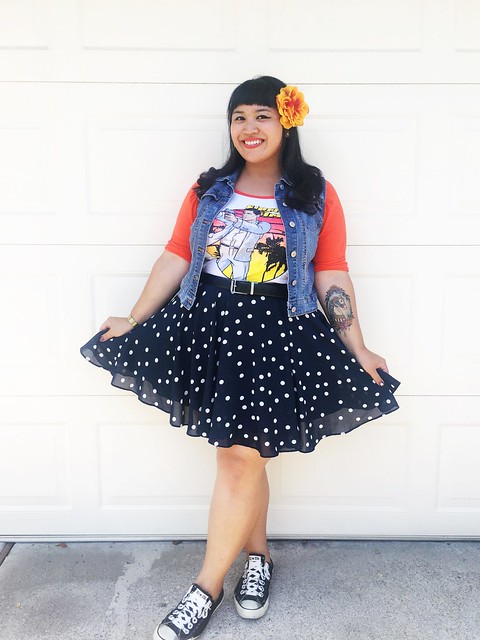 Next month’s theme is “Speed” and will feature Transformers for the wearable item and something Arcee related for the Loot For Her subscription, Sonic the Hedgehog and Deadpool for socks, and Mario Kart for the t-shirt. I’m pretty excited to see what the socks and t-shirt look like! I was obsessed with Sonic the Hedgehog in fifth grade. I feel that that’s probably the one video game I was somewhat decent at playing. Did I mention I suck at video games? You’d definitely want to play Mario Kart against me because you’d have a guaranteed victory on your hands, plus the added bonus of listening to me swear and be super frustrated. Apparently my friends find it amusing. – rolls eyes –

If you’re interested in subscribing you can save 10% by using the code “LEFANCYGEEK”! Click here to level up your style. 🙂

One thought on “Hey, Puddin’: A Loot Wear Review”