This is something that has been gnawing at me for weeks and needed to be written for my own sanity’s sake. Yep. It’s another serious narrative. I know I don’t post these all the time, but I feel it’s important for me to do so every now and then so you guys know I’m not all fluff and fancy stuff. If you’re not into me talking about sad and serious things that might make you feel some way, feel free to skip this and wait for my next post which will be going back to the light-hearted, happy, geeky fashion stuff you usually see on here. 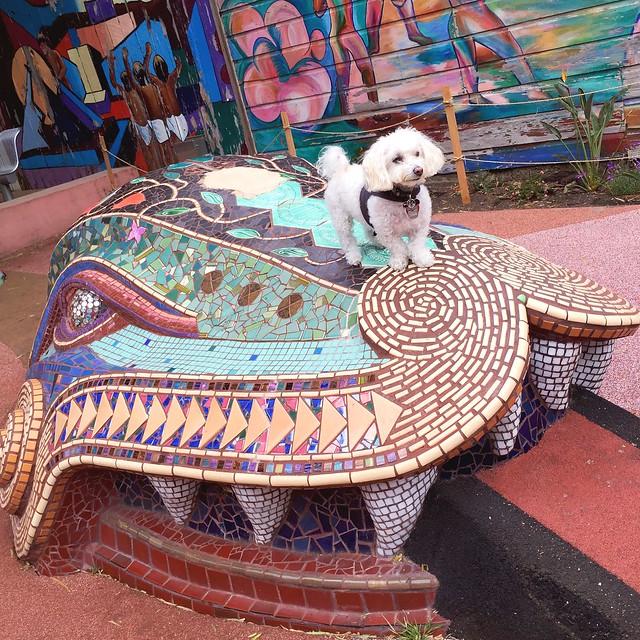 It’s weird how certain things or places can feel tainted based on the memories of a person you associate them with; specifically if that person was once a significant part of your life and is now nothing but a complete and total stranger.

Earlier in August, while waiting around for Jen to finish up a second interview with a non-profit in the Mission, I walked around the neighborhood with Rory. I realized that Dynamo Donut wasn’t too far away and maybe I could get Jen a congratulatory donut just for making it so far in the job process (she got the gig BTW). What can I say? We always celebrate with food. The fact that Dynamo Donut was a “tainted” place came across my mind as I began to search for it on Google Maps, but I brushed that notion aside and said “fuck it.” It was a place my ex and I had often frequented whenever he visited me and my housemates in Daly City. This was before we started dating, but during that time is when we became best friends. I remember the two of us were so psyched to go, and utterly devastated upon seeing the “closed” sign on its green shutters as we walked up to it. On our way over we noticed a cool looking park with vibrant murals and an enormous mosaic snake. I can’t quite recall if we actually went that day, or if we went the following day after successfully getting donuts, but it instantly became a tradition to go there, even long after I moved out of the Bay Area. Every trip to San Francisco had to include a visit to Dynamo Donut and the park. We’d go there high on sugar (from the donuts, of course) and run along the back of the mosaic snake, which I named Horatio. One time a man asked if we had a child with us since a sign in the park stated adults had to be accompanied by children. My ex said no, but we were children at heart. The man wasn’t amused, but we didn’t care. We kept visiting the park anyway.

The last time I was there was for our two-year anniversary three years ago. Not even a month after that was when we broke up. After it happened, I felt obligated to write about it here since he had such a huge presence on my blog. My readers would obviously notice something was wrong if I just stopped talking about him all together, right? I often documented our adventures, he took a majority of my outfit pictures, and I talked about him a lot on here. He was my legit first love, and he made it seem like we’d last a lifetime. It was only natural that he’d be mentioned very often.

It was nearly 3:30 when I got to Dynamo, and they were sold out for the day. They still had dog donuts though, so I bought one for Rory and proceeded to the park. I told myself that it was okay to go back. It was only “tainted” because I let it be, and that I shouldn’t let the memory of some stupid guy ruin it for me. We went to Disneyland together all the time, but I managed to make it “mine” again. Surely I could do the same with the park. However, once I reached it, I was swept with such ennui. It was completely deserted. The circular steel swing had been worn down with bits of rust. The paint on the murals were no longer bright, but were faded and chipping. Horatio’s body no longer gleamed the way it used to because there were now splotches of grey cement covering the damage that had been done to him since the three years I was last there. Looking around, memories of moments I had there played like short films in my head. I remembered the last time I was there, wearing my maroon peacoat and being pushed on the swing by my ex. At one point he told me not to move and brushed something off my back. I panicked and asked if it was a bug and he said no. Minutes later he told me that there was, in fact, a bug on my back. I didn’t feel particularly sad or get a sense of longing over him. The ennui came from something else. As Rory and I took a seat on top of Horatio’s head, I felt my eyes begin to fill with tears. A sudden deep depression came over me. Why was I about to cry? I couldn’t figure it out.

And then I realized the symbolism of it all.

The park is basically the personification of my old relationship. It was beautiful, but now it’s tarnished and faded. When you look back on the past, you try to remember the good things, the beautiful things. This place was full of fun memories that I associated with happier times. From afar, the park still looks fantastic, but once I got closer and was able to see what time had done to it… it’s just… well, a wreck. The paint’s faded and chipping away. Rust has grown on the playground equipment. Horatio doesn’t shine the way I remembered. Or maybe it was like this all along and my rosy colored specs prevented me from seeing it that way. 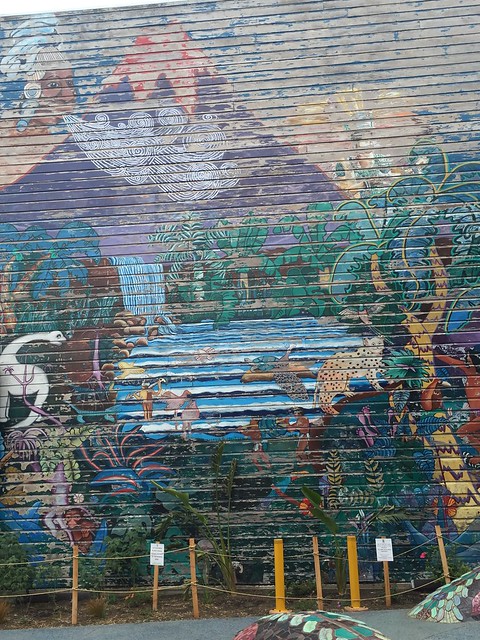 I stopped myself from crying. “There’s nothing to cry about,” I told myself. I didn’t want to mourn a relationship that’s been over for three years. I’m tired of mourning. I’m done mourning. I’ve accepted the fact that I don’t have it in me to be his friend again, and that’s okay. I haven’t talked to him in years, so I don’t know how he feels. There is a lack of trust on my end, which is why I know friendship is out of the question. When I first wrote about us breaking up three years ago, I said that it was a mutual decision. I only said that because I was trying to respect his privacy and didn’t want to portray him in a bad light. But how can I continue to do so when he didn’t respect me at all? The decision wasn’t mutual. It was all him. I was completely blindsided. When he talked about how he felt, and asked what I thought could be done, the only thing I could think of was breaking up. But he promised me so many things; he told me he saw a future with me, we talked about getting married, what kind of wedding it’d be, and growing old together, we talked about getting two dogs and naming them Han and Chewie, and on our first New Year’s Eve he promised to kiss me at midnight the next year, and the year after that, and the year after…  breaking up couldn’t possibly be an option! It feels as if he wanted me to come to that conclusion myself so he wouldn’t feel like an asshole and have to flat out say he wanted things to end himself. I fought like hell to make that relationship work, even after he was diagnosed with bipolar disorder. God knows I did all that I could to accommodate his needs to the best of my abilities. I even bought a fucking book to help me understand how to deal with it. So what a punch to the gut it was for him to tell me that he didn’t feel like he was in a relationship. Or when he said he felt like he couldn’t be himself around me anymore, and that he flirted with other girls to fulfill a need for the attention I couldn’t properly give since we were long distance (and that he started dating one of those girls not too long after we broke up). Or when he said that sometimes he wanted to be with me and sometimes he didn’t. Honestly, if you’re even asking yourself that question, do me a favor and just don’t be with me. Oh, and there was also that long, excruciating pause when I said, “You keep saying that you still love me, but that it’s not the same as it used to be… so… are you even still in love with me?” I knew the answer was no, but that pause crushed me. How could this person who was supposedly my significant other and best friend say and feel all these things?

Now that enough time has passed, I can look at the relationship without bias and clouded judgement. I don’t use him being bipolar as an excuse to how he behaved anymore. I can see where things went wrong and that we really weren’t good for each other. Or more so, he really wasn’t good for me. Don’t get me wrong, I don’t think he’s a horrible person. I just think he was a sucky boyfriend to me in the end. That’s all. 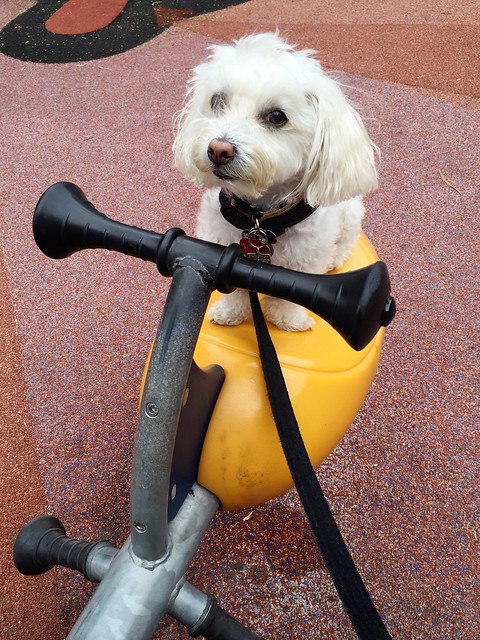 I guess the point in me writing this is that I’ve come to understand that looking at the past too often will not serve you well. Perhaps this is something I should’ve figured out a long time ago. The more you visit, the more you’ll see the imperfections and faded paint of something that you once thought was lovely and beautiful. Dwelling on the past too much will only hold you back because it’ll make you feel bitter and afraid, especially if you’re spiteful and hold grudges like me. Just keep moving forward, it’s all we can do. Keep moving forward to better, exciting, and challenging things. It’s scary, and there’ll definitely be some bumps along the way, but you’ll be better for it. And the paint is brighter there, too. I promise.

One thought on “Parks and Wreck”