Fandom of the Month Club (FOTMC) put out another special limited edition box quite similar to the Severus Snape box I got earlier this year, but this time it’s based on Game of Thrones! Of course I had to order one 🙂

The pieces all came in a pretty red satin pouch that says, “A Lannister Always Pays His Debts” in gold; it  came with a Tyrion magnet, dragon claw ring, direwolf studs, a direwolf decal (not pictured), a pocket watch necklace featuring Jon Snow, and a steel book marker with a quote by Jojen. Overall I thought the pieces were really nice, but I wish that there was a bit more diversity in which houses/characters were represented. To me, it felt very House Stark and Lannister heavy since a majority of the items were from those houses. Even the postcard had a quote from Cersei on it.

Since FOTMC is geared towards geek girls, it would’ve been cool to see a bigger item that represented House Targaryen, or even something that had to do with House Tyrell or Brienne of Tarth. Ladies f*cking RULED season 6! I would’ve loved to have seen a cuff shaped like a dragon in this box. How cool would that be? COOLER THAN WINTERFELL ON A SUMMER DAY. That’s how cool.

My favorite piece was definitely the Jon Snow pocket watch, despite the fact that it came undone when I first took it out of the box (you can see that in the unboxing video above), but I was able to easily fix it. It says, “My watch has ended” which I thought was pretty punny because it’s on a pocket watch. My watch has ended… ay? Aaayyy?! Whatever, I like puns. 😛 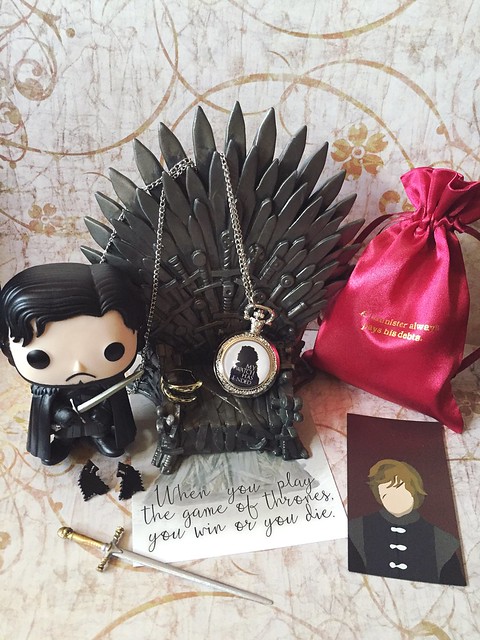 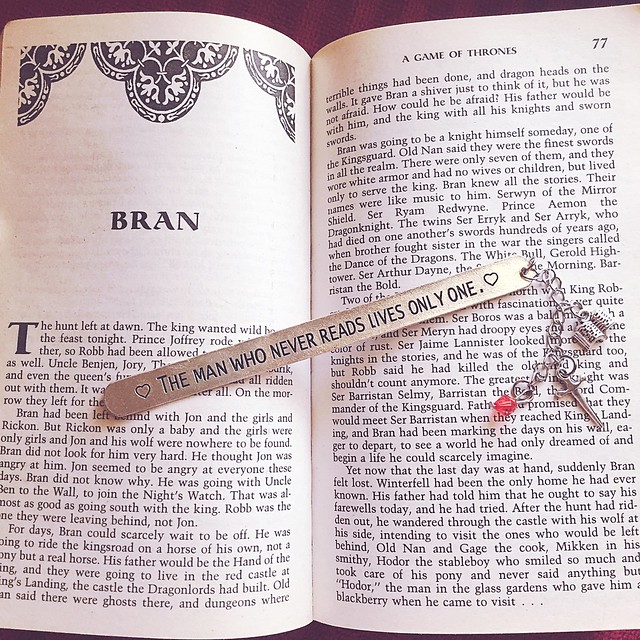 If you want to purchase a Game of Thrones box for yourself or someone else, they’re still available here.

3 thoughts on “Fandom of the Month Club: Game of Thrones Box”