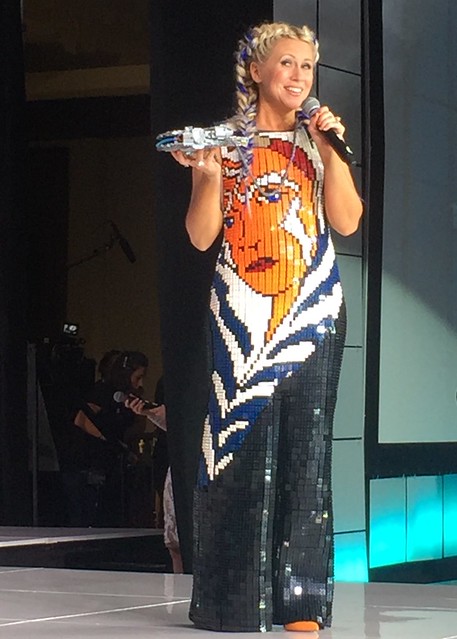 I can’t believe it’s been a whole week since San Diego Comic-Con (SDCC)! Last Thursday was also the day of the Her Universe Fashion Show at the Grand Hyatt Hotel. It was hands down one of the highlights of this year’s con for me. The designs this year were insanely brilliant and so awe inspiring. It was definitely hard for me to pick a designer to vote for because I loved so many of the creations that were presented on the runway! What I love so much about this show is that it really shows how much of a force fangirls are, and just how much geek culture can easily be translated into both high and casual fashion. Gone are the days where we have to resort to ill-fitted unisex tees, or standard pink ones. Not that I have anything against the color pink, but us ladies want more than just that! Her Universe has opened so many doors to help make fashionable geek apparel for women of all shapes and sizes, and I’m both forever grateful and constantly broke because of it. But at least I know I’ll look cute! 😉

Ashely Eckstein, the founder of Her Universe, wore a one-of-kind, never been done before “little block dress” (pictured above) with an image of Ashoka Tano that weighed 25 lbs and was made of over 10,000 Lego bricks. It was designed by the 2014 audience choice winner Andrew MacLaine, and renowned Lego artist Nathan Sawaya. How likely do you think it’ll be to see another “little block dress” pop up at next year’s Met Gala? HIGHLY LIKELY!

If you head over to Comic-Con HQ, you can watch the fashion show and the Her Universe docu-series featuring the journey of every designer featured on the runway. I just signed up for a free 30 day subscription so I can binge-watch it. And rather than having two winners (judge’s choice and audience vote), a third winner can also be chosen by the public via the Her Universe website. So I urge you all to watch the show, which is up now, and vote before August 11!!!

For your viewing pleasure, here are some of the pictures I took while at the show. Enjoy! 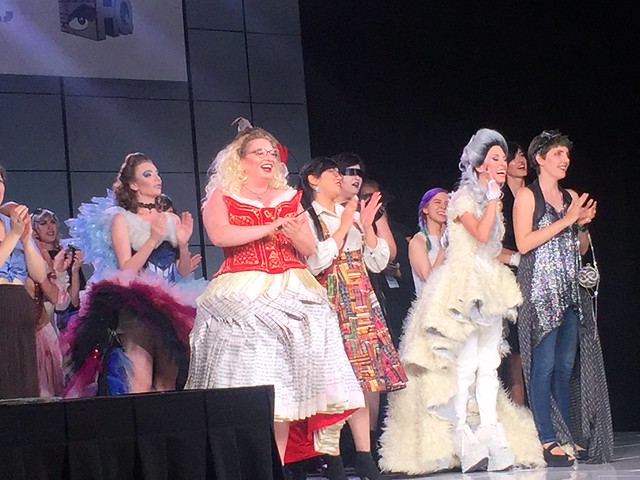 Don’t forget to watch the show on Comic-Con HQ and vote for your favorite! Seriously, my pictures do no justice to any of these designs, plus there are so many others I wasn’t able to capture.

Let me know which designs you loved most in the comments section. 🙂

PS: You can check out more of my pics from the fashion show here.

4 thoughts on “Geek Couture: The Her Universe Fashion Show”