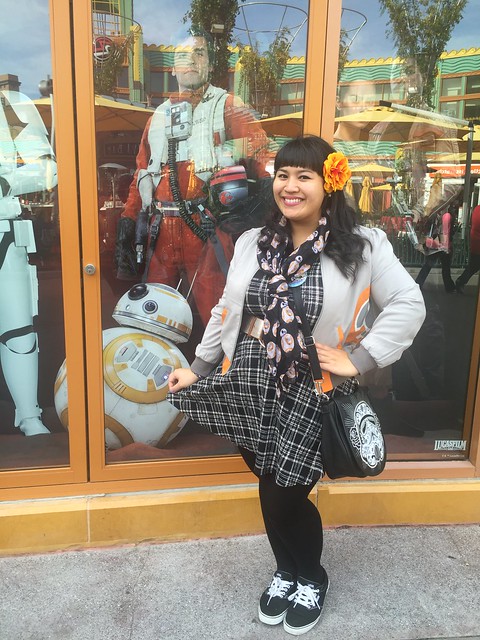 The day before my birthday I decided to wear my BB-8 bomber jacket and scarf, and Darth Vader wasn’t too thrilled by it. When we went, he had us line up and examined each of us. He saw my sister’s jacket said “Boba Fett” and said, “Good” to show his approval. Ryan’s Chewbacca tee was covered by his sweater, so Darth was kinda like I-don’t-know-about-this-one. And then when he got to me he said that he sensed that my allegiance was not with the Empire, which absolutely flabbergasted me! I mean, HOW DARE HE. How many times have I said on this very blog that I’m all about the dark side??? And it’s not like I could point out my Stormtrooper purse to him because I set it on the floor across the way. So I giggle nervously as he tells me that I can either align myself with the Empire or join the Rebellion and be crushed. You can see him telling me that I will be crushed in the picture below.

And then we got to meet Chewie! This was actually my first time meeting him since I only met Darth when I went to the meet & greets back in November when they launched Season of the Force. I met Chewie for a second time on my actual birthday. Anywho, it’s a good thing I wore my BB-8 jacket because when he was about to hug my sister he stopped when he noticed her jacket said Boba Fett. Then he began to guide her towards the exit. It was so funny! My sister said she’d like him win if he let her stay, but as we left he looked at Ryan and growled in a way that said, “Watch out for that one.” 😀 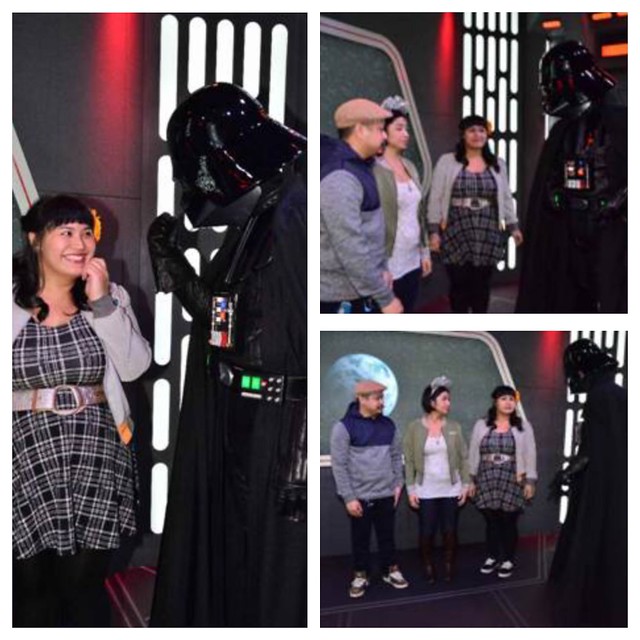 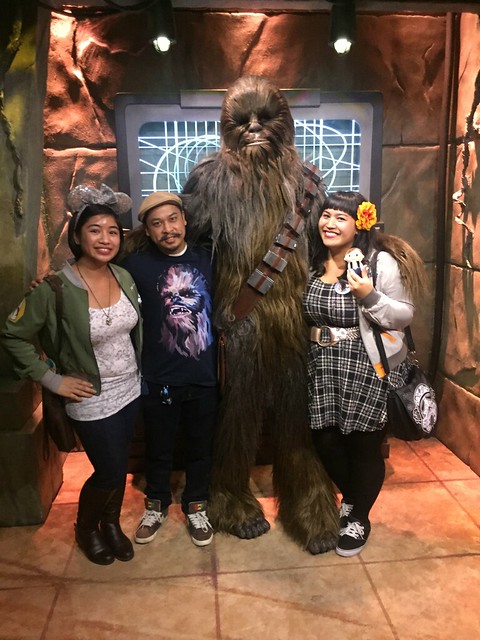 I also got to meet Boba Fett this day too, but he was a dick. And that’s all I’m gonna say about that. -_- 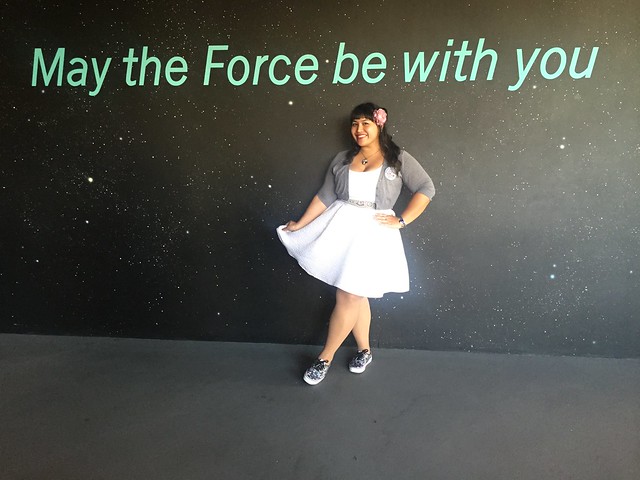 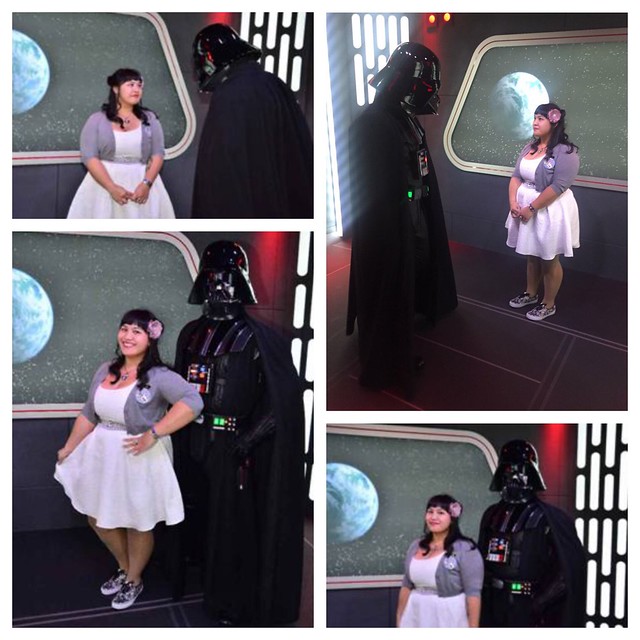 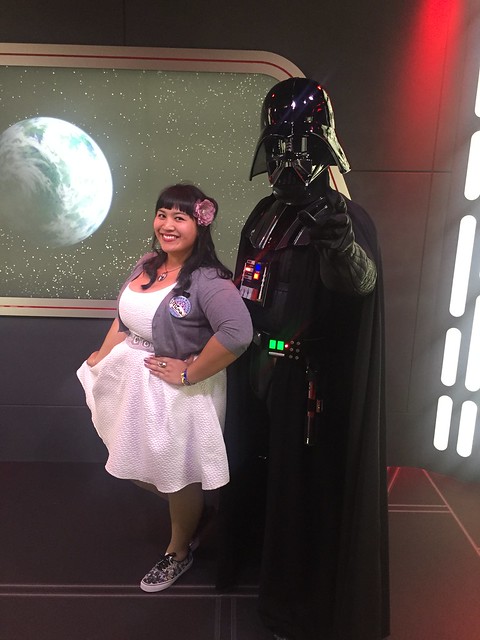 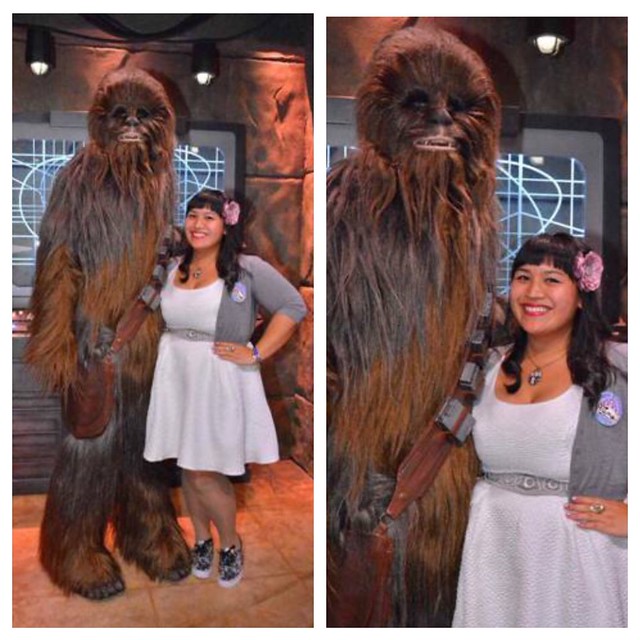 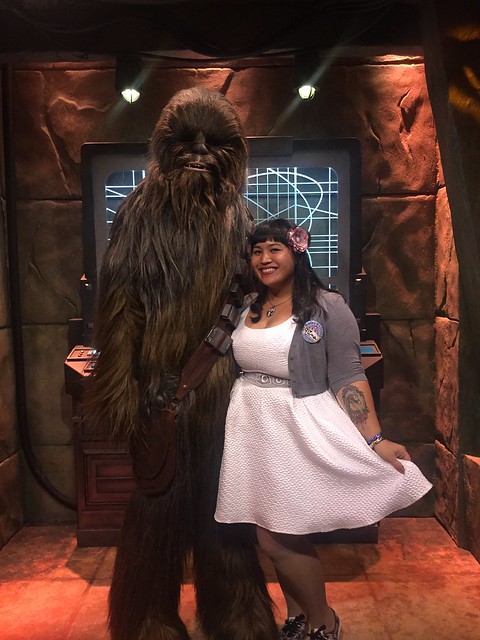 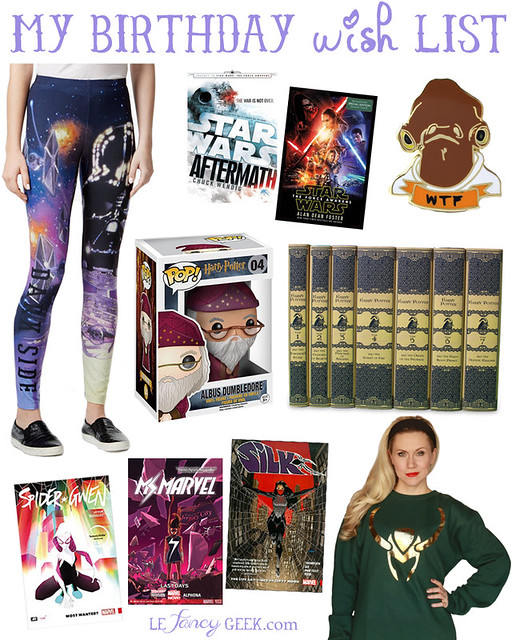 Well, we’re 8 days into the New Year and I think I’ve neglected my blog for just a wee bit too long. So here I am!

I’ve noticed that some of my bloggy friends have been writing up blog posts with one word they want to define the year for them, which sounded fun until I tried to think of what word I’d like to help define my year ahead. Obviously, I’ve come up short because I didn’t Photoshop a fun graphic with a word — which is really disappointing because I was looking forward to that — and I’m not talking about one specific word. Otherwise I would’ve brought it up by now. So here’s a Your E-Card pic instead.

I feel like picking a word is heading into the New Year-New Me/New Year’s resolution territory. That’s not necessarily a bad thing, if that sounds like where I’m heading with this.

When I got my haircut on Tuesday my stylist asked me if I had made any resolutions for the New Year and I said, “No. I don’t want to set myself up for disappointment” while she massaged some sort of vegan crystal thing onto my scalp to help stop it from being so flaky. But this isn’t quite true because I know that there are some things I’d like to better myself at. For one thing, I spend money like I have an endless supply of gold like Scrooge McDuck that I can swim laps in, but I don’t. I am a raging shopaholic. My mom pointed this out to me and said I need to log my expenses. I want to be more cautious of what I eat too, and I was pretty good about it for a majority of 2015, but I helped myself to extra potatoes and a waffle yesterday.

Maybe my word should be “adulting” because it sounds better than “responsible”…?

I think the fact that I’m turning 30 this coming Tuesday is bringing up all sorts of anxieties and fears that I’ve been keeping at bay, but they’re making their presence well known as Tuesday looms closer.

At the same time I kind of just want to say, “FUCK IT!” and live in the moment and not put all this random pressure on myself and have resolutions. Can I just take it one day at a time? Can I just have “life goals” instead and not resolve to get it all done in 366 days (because 2016 is a leap year)? Or is that only something you can do when you’re in your early 20s? If that’s the case, my aunt said that 50 is the new 30 so technically I’m only 10, therefore I will go ahead and resume with my “life goals.” 🙂