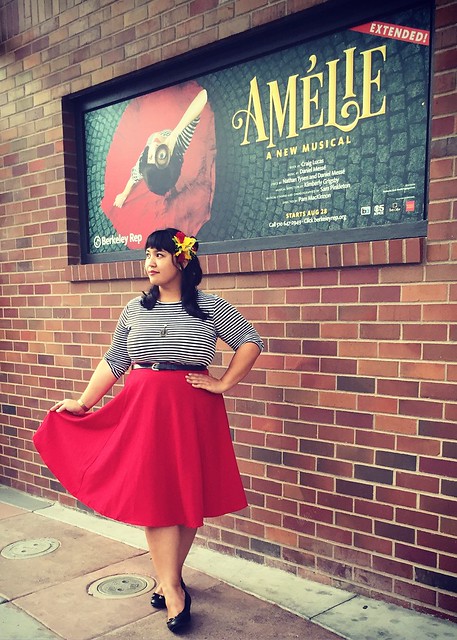 Bonjour mon petit poneys! I’m pretty sure that’s how you say “hello my little ponies” in French, but I could be wrong*. Over the weekend I was lucky enough to see the Amélie musical at Berkeley Repertory Theatre and it was all kinds of magical. It’s based on the 2001 French film of the same name which I adore completely. Amélie is definitely one of my Top 10 favorite movies and the soundtrack with Yann Tiersen’s score is the beeesssst. Amélie, both the movie and musical, is about a shy young woman with an overactive imagination living in Montmarte who begins a quest to anonymously bring joy to others by returning long lost treasures from childhood’s past or playing cupid to make their lives better, all the while struggling with her own insecurities.

So when I first heard that a musical was in the works I was both excited and skeptical. Excited because I love musicals and the movie, and skeptical because the music is one of the best parts of the movie, so how can they have a musical with original music that doesn’t involve Yann Tiersen?!

All doubt flew out the window though because, like I said, this musical was magical. MAGICAL I SAY! It still had the same spirit as the film, and I thought it translated well to the stage. Samantha Barks, who played Eponine in the film adaptation of Les Miserables, was perfection and Adam Chanler-Berat, who played Nino, had an impressive set of pipes. The whole cast was perfection, really. Berkeley Rep also showed American Idiot before it made its Broadway debut, so I’m really hoping that the Amélie musical follows in the same footsteps because it really deserves all the recognition. And I also really need the soundtrack ASAP. I’m not sure what the song was called, but it was when Nino is just right outside of Amélie’s apartment door asking if he can come in, and she’s basically saying no, but not to leave because she likes him where he is because she’s too scared to let him in — physically into her apartment and emotionally into her little bubble (there were a lot of moments that were too applicable to my own life). But uuuuggghhh… SO GOOD. 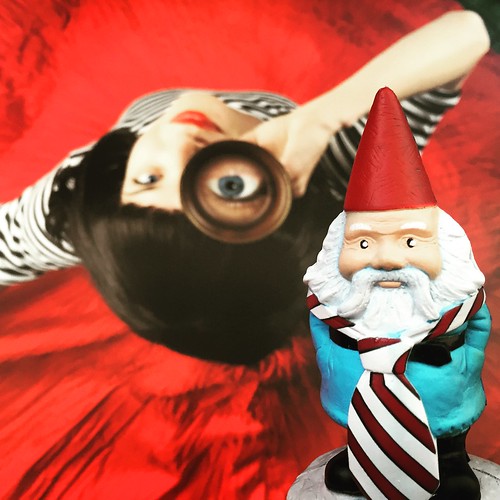 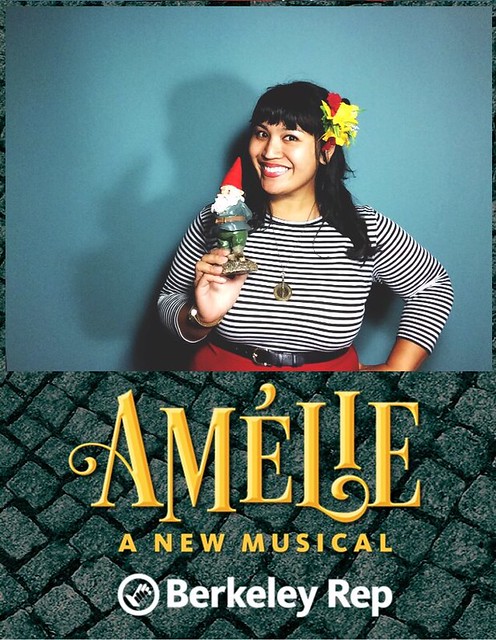 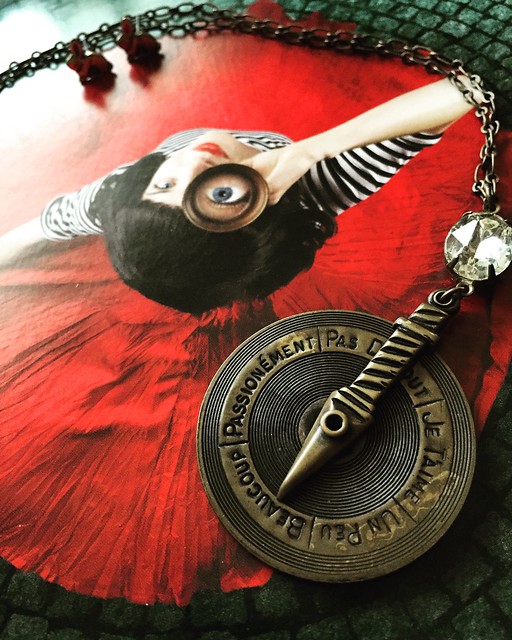 You know me, I never miss an opportunity to dress in theme wherever I go! I noticed that on the artwork for the show, Amélie is wearing a flowing red skirt and black and white striped top. Those items just so happen to be sitting in my closet too, so I decided to wear it to the show! I also paired it with an amour-o-meter necklace I got at the Lodi Street Faire a few years ago. On one side of the necklace it has different levels of love in French, and on the other in English. I also wore my bunny earrings because in the movie, a young Amélie takes a photo of clouds shaped like a bunny (and there were also bunnies on the wallpaper of the stage at the show… coincidence?). The hair flower clip isn’t very French, but I thought the red and yellow and green color palette matched the film’s original poster.  A few people noticed I dressed like Amélie and complimented my outfit. After the show, Caitlin, myself, and her friend Megan walked over to the theatre’s bar and a woman said, “Great job tonight!” to us because she thought we were in the show. Haha! I’m assuming she had a seat on the upper level because none of us look like any of the actors in the cast, but it was still nice to be mistaken for the talent. 😀 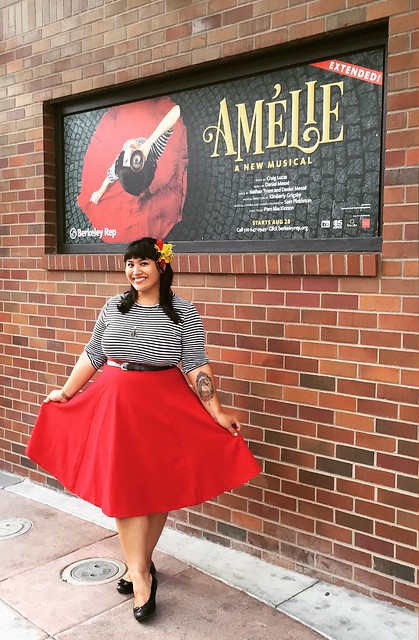 Berkeley Rep has extended Amélie’s run until October 18, so if you find yourself anywhere near the Bay Area and you love Amélie, you MUST go! It’s totally worth it all the monies!