I can’t believe it’s already been a week since Comic-Con happened! I’m still trying to recover from it. Going back to work was R O U G H, you guys. There were a few times I woke up in the morning feeling like a sack of garbage and was tempted to call in sick to sleep a bit more. But I didn’t. Thank goodness I don’t work Fridays though. WOO! So today’s theme for 5 Fandom Friday is to share some of our favorite pieces of swag we got at a convention. Since SDCC just happened, I’m sharing the best things I scored! 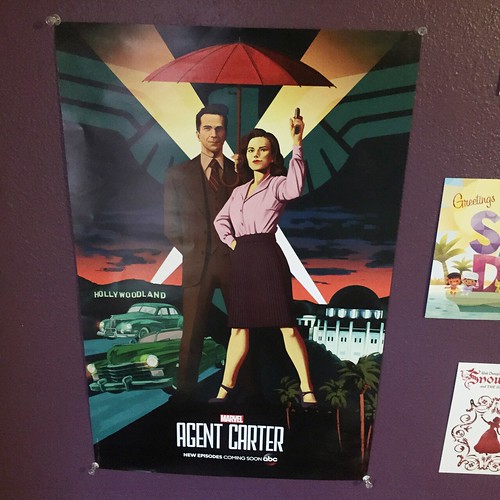 This is the one freebie that I truly cared about obtaining, and it was bitch trying to get it. I went to the Marvel booth a few times, but they never had it when I’d go there. I asked the workers if they would be passing them out, and each time they answered with, “Yes, later today. I don’t know what time, but check back later.” UGH. I always asked very politely too (because I’m a Hufflepuff, duh), but they were quite bitchy. It’s like, okay, I understand that this is probably the millionth time you’ve been asked that question today, but if someone is being polite as hell the least you could do is try and be courteous. Am I right?

I went to the ABC booth on Sunday and my friend asked one of the workers if they had any Agent Carter posters there, and they were super nice about it and checked for us. And they did have them! So I finally got one after I did the photo booth thingy that they had at their boothw. YAY! 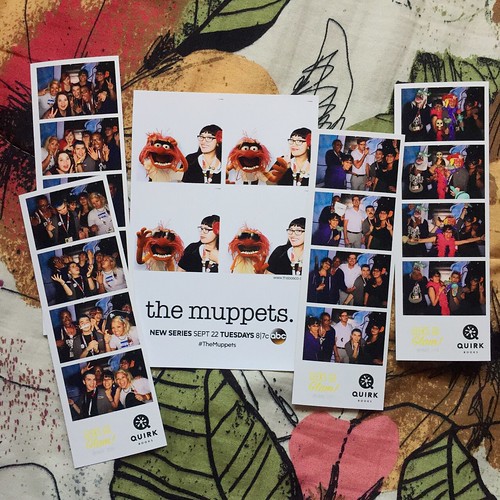 I took A LOT of photo booth pics during SDCC. Pixster was at both the Geeks Go Glam and SherlockeDCC parties I went to, and my bloggy buddies and I had way too much fun hamming it up in front of it. And at the ABC booth they had photo booth with a random generator — characters that you could possibly take a picture with were Miss Piggy, Animal, Fozzie Bear from The Muppets or Regina from Once Upon a Time. I was freaking out because I was so worried that I’d get Regina. Although she’s one of my favorites on the show, I REALLY wanted to take a picture with a Muppet. I was beyond relieved when I got Animal. 😀 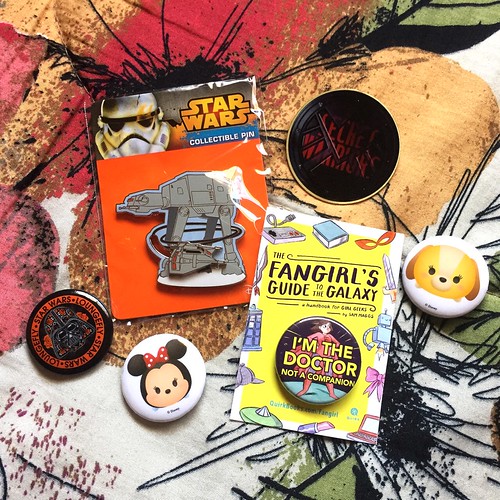 I got some really cool buttons and pins this year! At the Tsum Tsum booth they passed out envelopes with pins after you take a picture at either of their photo ops. There were a total of 24 pins that you could collect, but who has time to do that? I managed to get Minnie and my absolute favorite Lady. I also got some free Star Wars pins from Loungefly (only Darth Vader is pictured), a button from Sam Maggs’ book signing that says “I’m the Doctor, Not the Companion,” an exclusive AT-AT pin from Think Geek with my purchase, and an Agents of S.H.I.E.L.D. Secret Warriors pin. 🙂 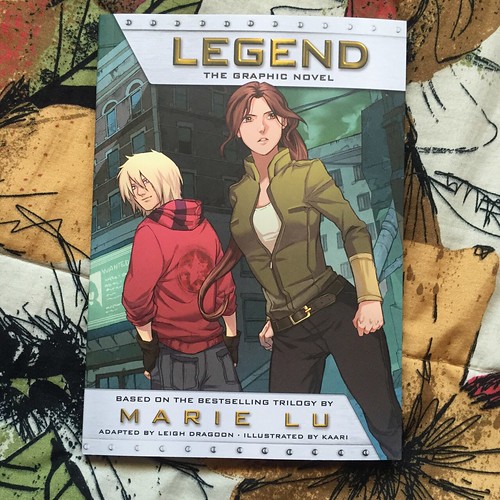 My sister is a huge fan of Marie Lu’s Legend series and I decided to go to book signing with her since she’d be signing free copies of the graphic novel adaptation of Legend. I love graphic novels, especially since my attention span isn’t as great as it used to be when it comes to reading (I get SO distracted), so I’m really excited to start reading it. 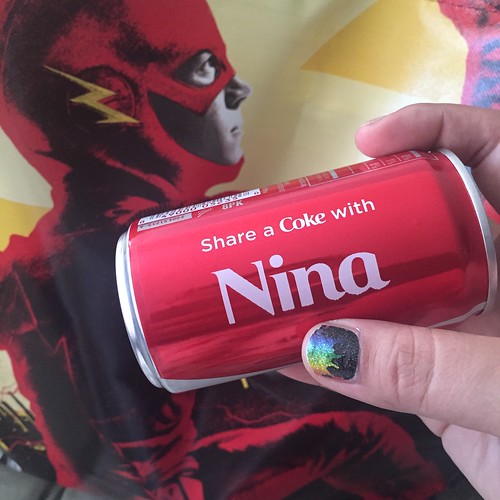 Over at Nerd HQ they had a machine where you can personalize your own Coke can! You could make two at a time so I wanted to make one that said Peggy Carter and Captain America… except it wouldn’t let me. RUGH. So I made one with Peggy and kind of panicked for the second one and just did my name. After I left I was like, “I COULD’VE MADE ONE THAT SAID STEVE” (for Captain America’s civilian name). Oh well. At least I now have a little Coke can with my name on it (despite the fact that I bought a Diet Coke bottle bearing my name last month).

Were you at Comic-Con this year too? Let me know what your favorite freebies were this year! And if you didn’t go, feel free to leave whatever kind of comment! 🙂

15 thoughts on “5 Fandom Friday: My Favorite Swag from SDCC”