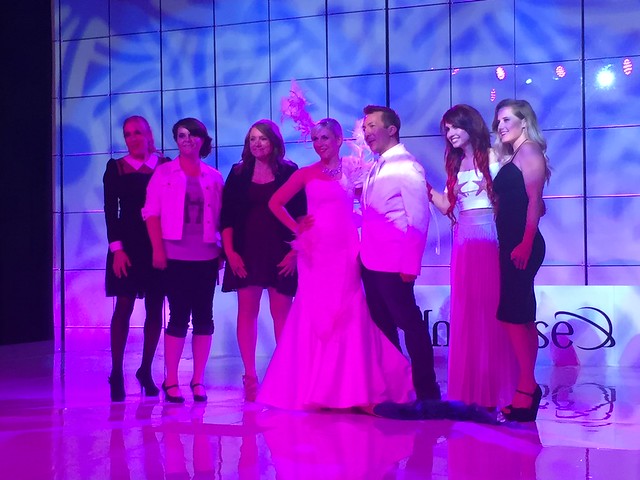 Last Thursday I got to go to the Her Universe Geek Fashion Show and it was so awe inspiring. It also has my bank account sweating like somethin’ fierce with all the new dresses, tops, and skirts they debuted from Studio Ghibli and Marvel!

In fact, I straight-up bought the Avengers skirt and collared top: 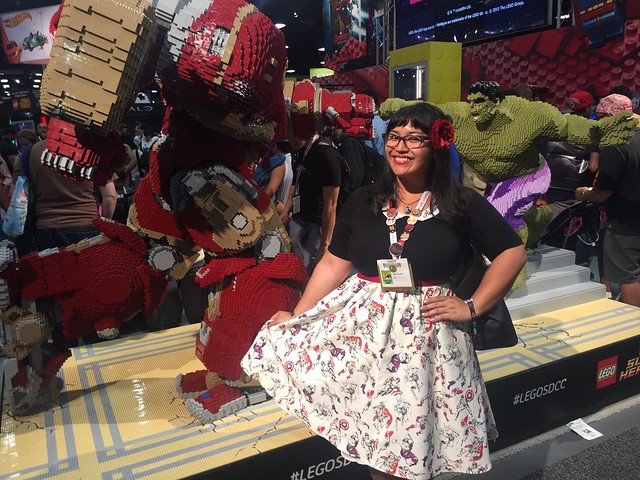 No joke, I tried the skirt on over the dress I was wearing at the Her Universe booth the day after the show, paid for it, and then walked away wearing it. 😀

I also have an article about the fashion show up on Wear Your Voice Mag (WYVM) that you can read here including some pictures of the two winning designs, and a couple of my favorites (a Bob’s Burgers inspired design and Groot!). But I wanted to share some other pictures I took over here on Le Fancy Geek that didn’t make it into the final article on WYVM, including some of the newer fashions that are being released and the other contestants’ designs. My pictures aren’t that great, but I did my best to document the show to share with you all! 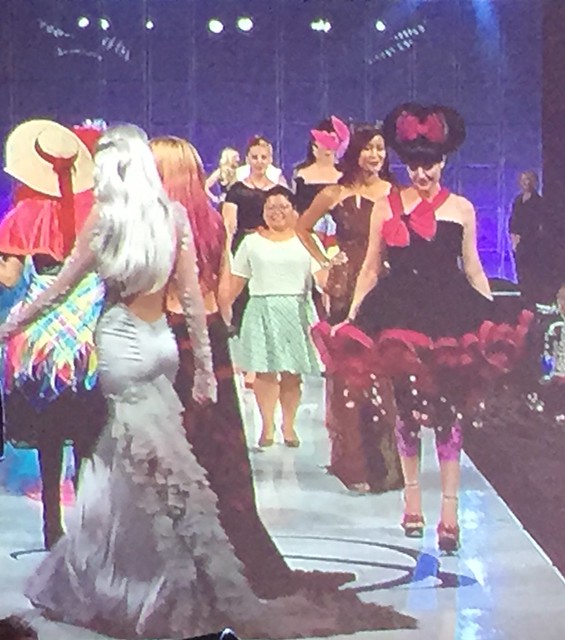 Her Universe also announced during the show that Lionsgate will be launching the Her Universe Fashion Show as a reality series on their Comic-Con International SVOD service next year! It’s going to follow the events leading up to the final runway show — how exciting is that?! 🙂

What are some of your favorite looks from the show? Let me know in the comments section!