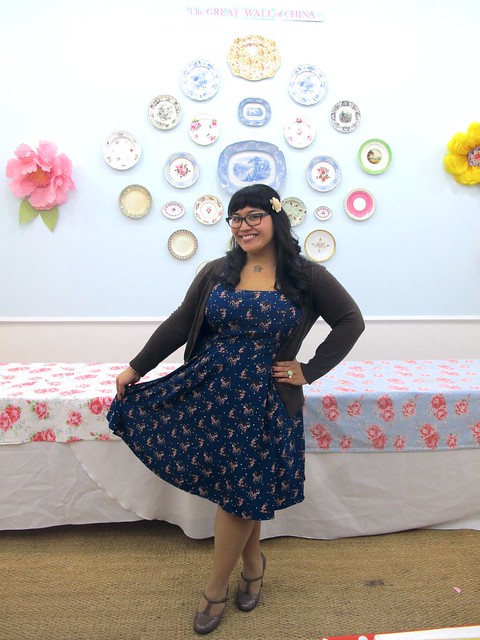 Hey my little ponies! On Monday I headed to San Francisco with a few of my friends to celebrate my birthday at Crown & Crumpet. It’s an adorable little tea spot in Japantown that’s a definite must for any tea lover to go to! I passed by their original location a few years ago when they were still in Ghirardelli Square and made a mental note to eventually go there.

When making plans for my birthday, I decided early on that I wanted to have afternoon tea in the city with my girlfriends and dress up like Disney princesses a la Disneybound! How else would one go about celebrating the last year of their twenties? I ended up not wearing a princessesy outfit, but I still felt pretty damn fancy in my navy doe dress from ModCloth and t-strap heels.

As I looked up different places that served afternoon tea, I remembered Crown & Crumpet and promptly Googled it. Their menu seemed less pricier than most places, and their tea menu had a bunch of delightful sounding blends. I nearly ordered Alice’s “Drink Me” tea — a black tea with champagne and sugar crystals — but was told it had caffeine, so I opted for the fruity Snow White tea. 🙂

Crown & Crumpet has the most adorable decor too! The tables are lined with cheery floral table cloth and with little pictures of angels, Union Jacks, and tea cups. The walls were adorned with the cutest art, and there’s a large clock on the wall with antique tea cups and saucers instead of numbers. It says, “It’s Time for Tea” underneath it. I didn’t get a chance to take a picture of the clock though. Sorry! 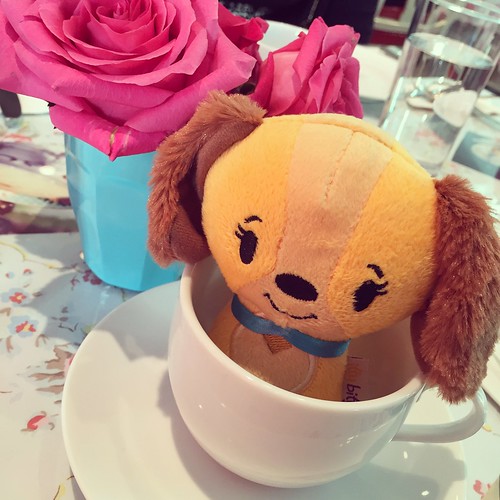 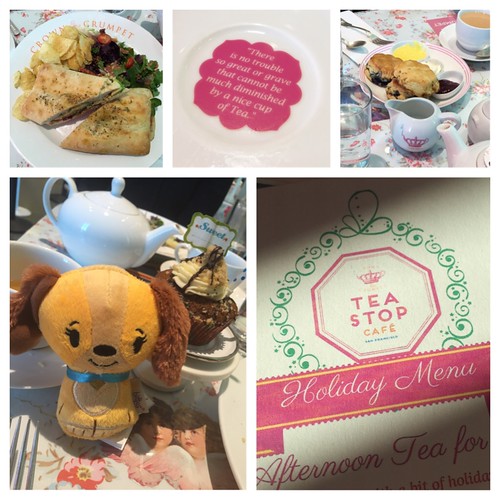 Crown & Crumpet had some delicious food and treats as well. Jen ordered a slice of berry cake that came with jam and clotted cream, and now I want jam on all the cakes I eat from now on. No more frosting, just jam! Caitlin and I ordered scones to go with our tea, and they came with lemon curd, clotted cream, and raspberry jam (I think it was raspberry anyway) which I haven’t been able to stop thinking about since then. Why aren’t there any places closer to me that serve afternoon tea with all the English accoutrements like Crown & Crumpet?! WHY?!

Shanice, Jen, and myself all ordered the tricolore sandwich and they were really nice about letting us add on chicken and substituting cheddar for mozzarella. Caitlin got the chicken pot pie and Jen damn near stole it from her because she thought it was amazing! Our waitress also overheard us saying it was someone’s birthday and brought a little cookie dough flavored cupcake with a candle, and had my friends sing happy birthday to me. 😀 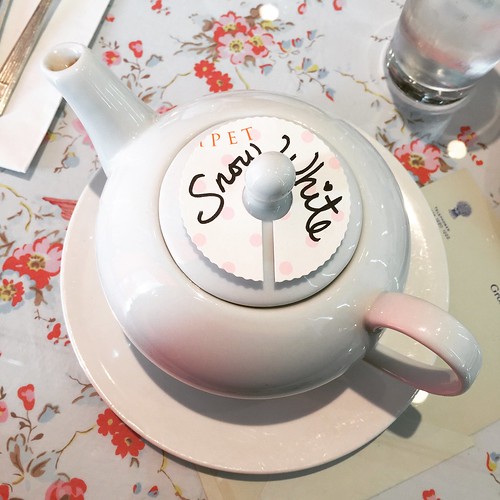 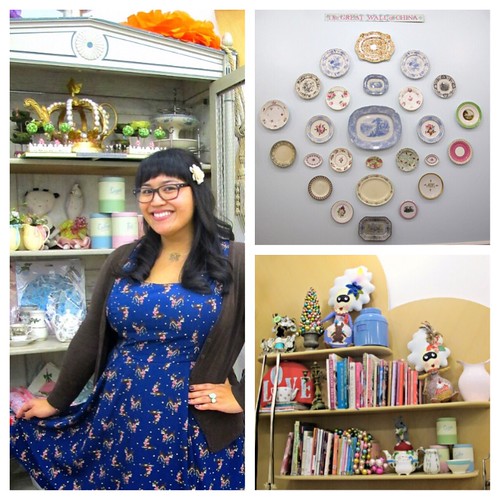 Afterwards, I asked the manager (or perhaps she was the owner…?) if I could take some pictures inside their private party room for the blog and she was more than accommodating! I mentioned to her that I had heard about Crown & Crumpet from passing by their old location a few years ago, and she talked to me a bit about how they ended up in Japantown and that they hope to open another location in downtown San Francisco. 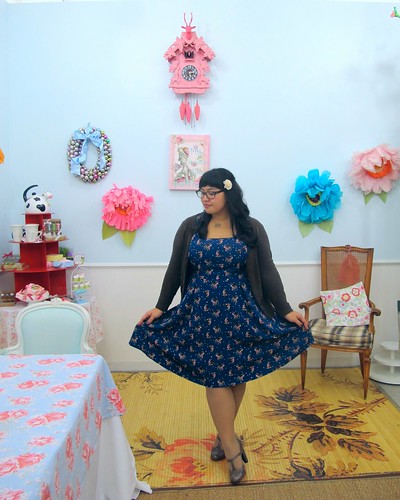 I’d definitely love to go back to Crown & Crumpet and try a different tea and get more scones (and a slice of cake)! You guys don’t understand, those scones were SO. TASTY. And that jam! Oh my goodness.