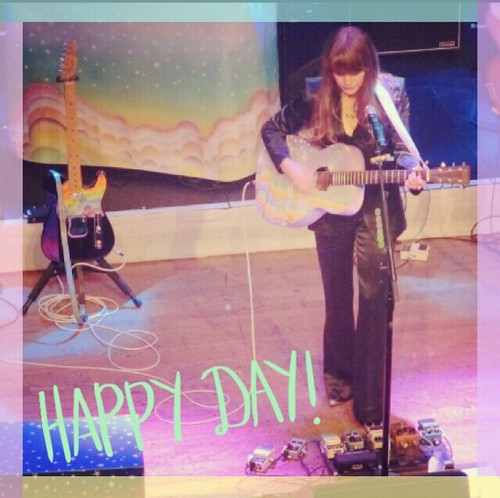 On this day, thirty-nine years ago, the world was blessed with the presence that is known as Jenny Lewis (or as I like to call her, J.Lew). In case you’re not aware of the majesty that is Jenny Lewis (OMG WHAT DO YOU MEAN YOU DON’T KNOW WHO SHE IS?!), please allow me to fill you in! She’s a former child actor (The Wizard, Troop Beverly Hills, etc), was the lead singer of the now defunct indie rock band Rilo Kiley, sang back-up vocals for The Postal Service, and she’s one of my absolute favorite musicians of all time! I mean, why else would I be writing a blog post about her on the anniversary of her grand debut to earth?

I list Jenny Lewis as one of my style inspirations too! Nine years ago I brought a picture of her to the hairstylist I used to go to in high school and said, “I want my bangs to look like hers.” And my forehead has hardly ever seen the light of day since. Also, homegirl has been rocking a pant suit lately that looks like the stuff daydreams and My Little Ponys are made of, and looks like a complete badass while doing so. <– this is where I’d insert an emoji of the two hands that look like they’re meant to be saying “PREACH” or “ALL HAIL”  if I could, but I can’t because there’s no option for that on WordPress. – shrugs shoulders –

Aforementioned pantsuit can be seen on the cover of her album The Voyager and promo pics for it. Or if you look at all the pics in this post, it looks like the backdrop of the stage, her guitar, the cloth on the keyboards, and whatnot. 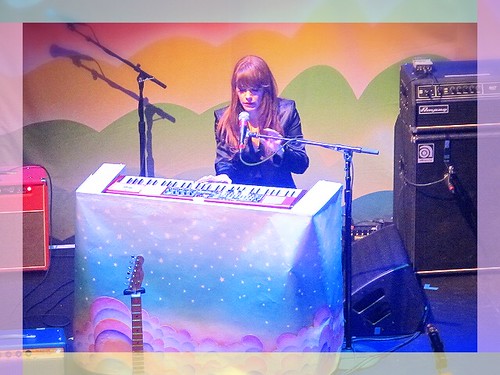 I got hooked on Rilo Kiley 11 years ago when my sister and her boyfriend gave me a copy of Take Offs and Landings for my birthday, and my love for the band and Jenny grew from there. Rilo Kiley and Jenny’s solo work were an integral part of my college career. “Breakin’ Up” was my anthem after I finally got over my first boyfriend in my early 20s, and again more recently as I’m getting over my last relationship. That song is ridiculously infectious, heartbreaking, and empowering! Some people listen to Beyonce for that kind of thing, but I have J.Lew (and Sara Bareilles, but this post isn’t about her). 😛

Anyhow, I’d listen to Rilo Kiley and Jenny’s solo projects while on the bus, in between classes, while I was doing homework, etc. Since I studied creative writing, some of my pieces were heavily influenced by her albums Rabbit Fur Coat and Acid Tongue, and some Rilo Kiley tunes. 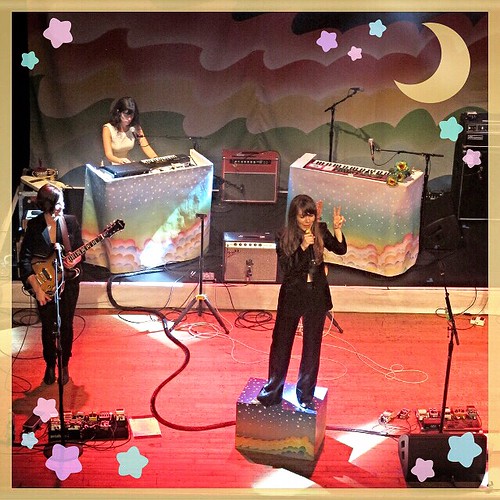 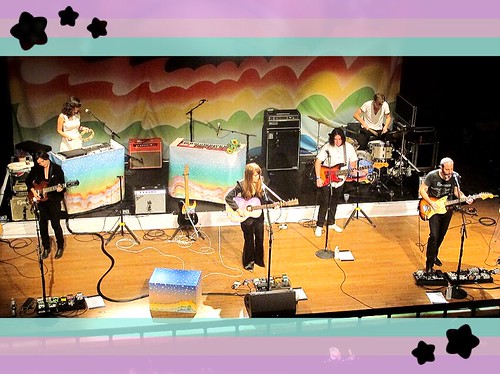 Rilo Kiley disbanded before I ever got a chance to see them live, and I’m still crying on the inside about it! Despite the fact that Jenny toured often and always had a show in San Francisco, I was never able to go. RUGH! It was always a case of having no money, no one to go with, and no way of getting back home (Daly City buses always ran too early). Without fail, the shows would sell out immediately once I figured I could go. I came to the conclusion that I was just never meant to see her in concert and begrudgingly accepted it.

Thankfully, that changed last October! When I went to San Diego to visit my sister, I planned it so that I’d be there the same week Jenny Lewis would be at the House of Blues, and the show was miraculously not sold out yet! Needless to say, it was the BEST. SHOW. EVER. I was up on the second level and saw these girls down in the front row losing their shit — they were singing along passionately, reaching their arms longingly towards Jenny (I felt so bad for that poor security guard that was standing in front of them) — they were pretty much an outward reflection of how I was feeling on the inside. She opened the show with “Silver Lining” and I was seriously about to start ugly crying. It was like, “Holy shit. THIS IS HAPPENING!” And when she sang “Acid Tongue” and “A Better Son/Daughter” … ugh! She sounded like a sad little angel that just had their wings ripped off. <– I mean that in a good way. She’s just so brilliant live!

Hopefully that won’t be the only Jenny Lewis concert I ever go to, but if it is I’m quite content. <– no, but seriously, that really better not be the last J.Lew concert I go to. 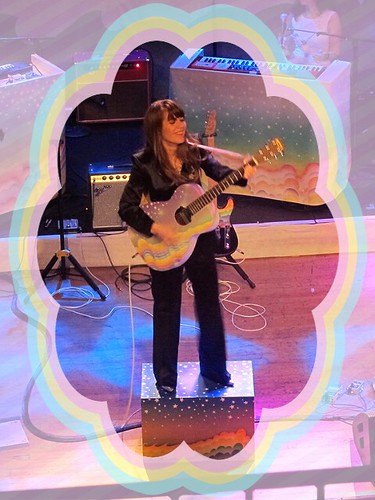 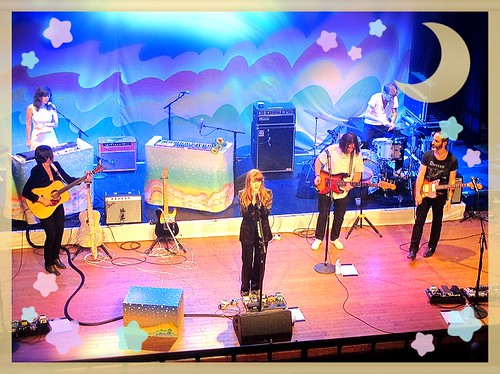 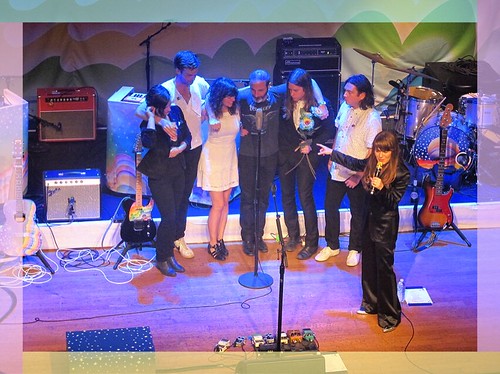 Happy Birthday Miss Lewis! And thanks for everything 😀

PS: Are you a Rilo Kiley/Jenny Lewis fan too? Lemme know in the comments section so we can fangirl together! Or if there’s a band or solo artist that you love oh so dearly, tell me about ’em.

all pictures were taken and edited by moi

7 thoughts on “All Hail the Birthday Woman: Jenny Lewis ♡”