When one identifies themselves as a geek, people will assume that they like and are knowledgeable about certain franchises in the Nerdverse, but this is never the case. Despite what Tyler Durden may say, us geeks are all special unique snowflakes because none of us are completely alike. Not all geeks love Doctor Who, think Ewoks are great, have never read the Harry Potter books, or watched Firefly — although I gasp dramatically when I learn these things from fellow geeks. I know deep down (waaaaaaay way way deep into the core of my soul) that it’s okay. Except for maybe the Ewok thing. HOW CAN YOU NOT LIKE EWOKS? They are adorable and totally badass and the Rebellion would be nothing without them!

Anywho, Mariko over at Gamerwife put together a list of her geeky confessions and has invited other bloggers to join her in sharing their deepest and most honest confessions about their geekyness.

So these are my geeky confeeessioooonsss (sung like Usher): 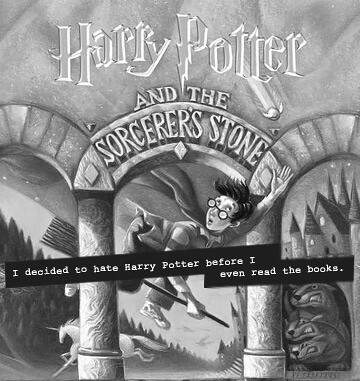 1. I decided to hate Harry Potter before I even read the books.

I am beyond ashamed to even admit this, but I was super “hipster” about Harry Potter. In 8th grade a librarian came to my one of my morning classes and talked about different books we all might be interested in. Harry Potter & the Sorcerer’s Stone was among one of the books and I thought it sounded interesting, but quickly forgot about it. Then a few years later Harry Potter was EVERYWHERE. Shirts, backpacks, socks, lunch bags — HARRY POTTER MERCHANDISE UP THE WAZOO. And it bothered me! Like, “ugh, why is this little wizard boy all over the place? What the eff is Quidditch? UGH.” Then it was adapted into a movie, and my aunt bought the book since it was all that was being talked about and I was like, “WHY?!” because it’s cool to hate on crap you don’t know about, right?. /sarcasm. My older sister read it out of curiosity. She told me it was actually good and I’d probably like it.  After I read it I was hooked and devoured books two, three, and four over winter break since those were all the ones that were published at the time. Now I wish I had a time turner so I could visit my younger self (in disguise so I wouldn’t go insane) and punch her in the lady parts for being such a stupid Muggle!

Lesson learned: Give things chances before I decide if I hate it or not. 🙂 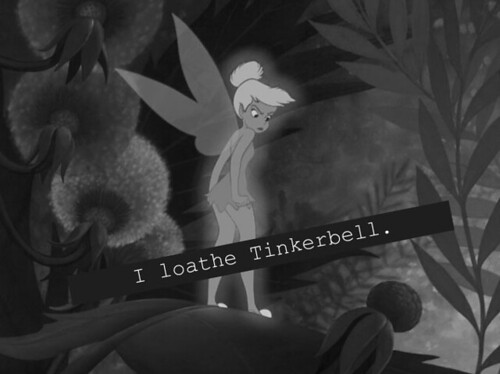 I am self-proclaimed Disnerd. Disney is the very first fandom I was ever part of. But just because I love Disney doesn’t mean I love EVERY character the company has ever created. That being said, I LOATHE TINKERBELL. I think she’s a jerk (I’m actually putting that very lightly, because I’ve called her more colorful things). She tried to have Wendy killed because she was jealous of all the attention she was getting from Peter for eff’s sake! Peter’s not even worth any girl’s time of day because he’s a jerk too. I can’t stand how she’s one of the most popular characters or how her image is used for almost every piece of Disneyland merchandise. And Disney, you are not fooling me with the franchise based on Tink and her fairy homegirls. Am I supposed to believe she was a nice little fairy that makes little do-dads before her days with Peter? Nope. Nu-uh. Not buying it. 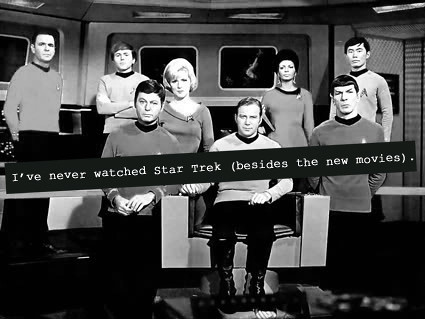 3. I’ve never seen any of the original Star Trek episodes/movies, or The Next Generation (TNG). I’ve only seen the two JJ Abrams movies.

When I was on my community college’s newspaper staff, some of the writers talked about how much they loved TNG growing up, and when I admitted I had never watched it they were all shocked. And despite the fact that it’s now on Netflix, or that my former co-worker gave me a big binder full of bootlegs of EVERY Star Trek incarnation (except TNG because her brother told her to keep it), I have yet to sit down and watch them. I’ve always been familiar with the characters, and I thoroughly enjoyed the JJ Abrams movies… I’ll get around to watching the originals/TNG. I swear! 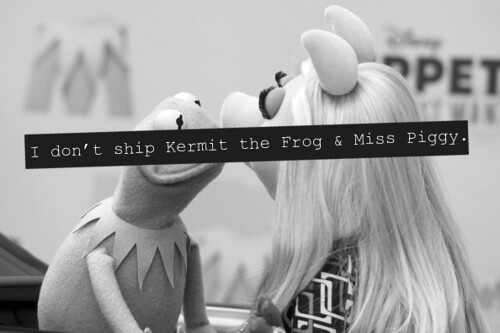 4. I don’t ship Kermit the Frog  and Miss Piggy.

This bothers me so much I actually wrote about it in my journal. Here’s a gist of what I wrote in it:

I think Kermit the Frog is a great as an individual. He’s extremely loyal to his friends and a well accomplished performer (“Rainbow Connection” brings me to tears), but as a significant other, he absolutely sucks. Here he has Miss Piggy who is utterly fabulous and loyal to him, and loves him to bits and pieces, but he DOES NOT APPRECIATE HER!!! He’s a total commitment-phobe. He doesn’t want to settle down with her properly despite the fact that they’ve been together for years (long before I was even born). Their relationship is just so messed up, I don’t even know why they’re together. I mean, I realize they’re fictional, but still! I want to slap both of them! I want to slap Kermit for being an unappreciative prick with a wandering eye (have you seen The Muppets Take Manhattan?). And I want to slap Miss Piggy because even though she can be obnoxious she’s still super fabulous, has an amazing sense of style, and is totally confident in her own skin, however when it comes to Kermit her senses turn to mush. It’s like dammit, Piggy! You are strong and confident, and that frog clearly doesn’t love you the way you love him. You deserve better!

Oh, and one of my friends told me while she was watching an old episode of The Muppet Show, Kermit made comments about Miss Piggy’s weight. MUCH RUDE. And y’know what? Just watch the last two Muppet movies that came out recently, and maybe you’ll miffed too. Okay, I’m going to stop now. I could go on about this, and I know it’s kind of ridiculous, but it seriously irks me to no avail. 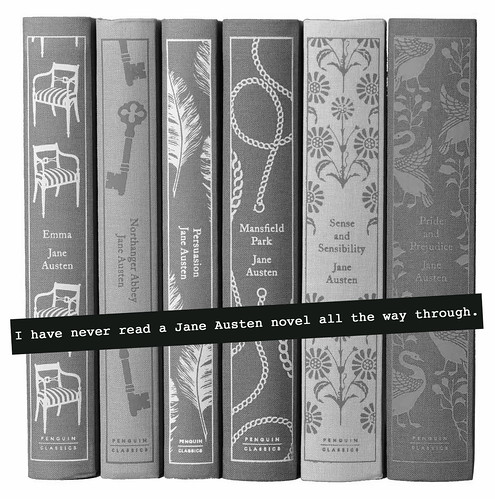 5. I have never read a Jane Austen novel all the way through.

It’s expected for all English majors to have read at least one Jane Austen novel. Hell, I even took a Jane Austen class and was super excited about, but I would lose interest with each damn book almost immediately after opening it. I had to consult Spark Notes and whatnot, and whenever I read a chapter summary I’d think, “Well that interesting, what’s next?!” Then I’d go back to the book and re-read with a better understand, and then I noticed what my problem was. Jane Austen likes to ramble. I read the graphic novel version of Sense & Sensibility and loved it! And I assume I only enjoyed it so much was because it took out all the tangents the original text had. A year or so ago I attempted to read Pride & Prejudice and even downloaded an audio version to read along with (those sometimes help me stay focused on the text so my mind doesn’t wander), but I just couldn’t stick with it! So I’m thinking the only way I can enjoy Jane Austen is if her entire collection was turned into graphic novels. * shrugs shoulders *

I still don’t know how I passed with a B.

So what are your geeky confessions?