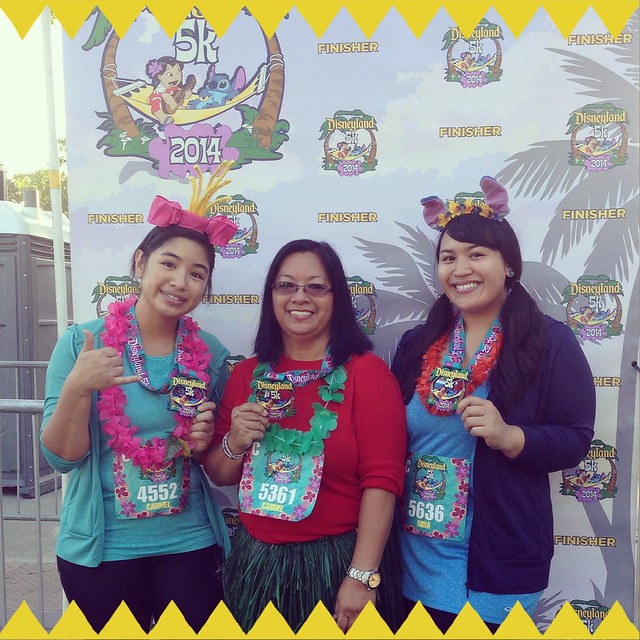 Over Labor Day Weekend I participated in Run Disney’s Family Fun Run 5k with my mom and seester! And fun it was… well, not the whole waking up at 3:45ish am to be ready for the 5:30 am start time (UGH! SO EARLY!), but getting to [power] walk through California Adventure and Disneyland was pretty magical. I even got to high five Goofy and Mickey at the finish line, and we took a picture with Stitch along the way!

Oh, oh, annnnd I passed by Sean Astin while walking through Downtown Disney. He already finished the 5k and was walking away with a medal around his neck. I wanted to yell “GOONIES NEVER SAY DIE,” but I had a 5k to finish. Priorities. I haz them. Plus I was too starstruck to say anything anyways. 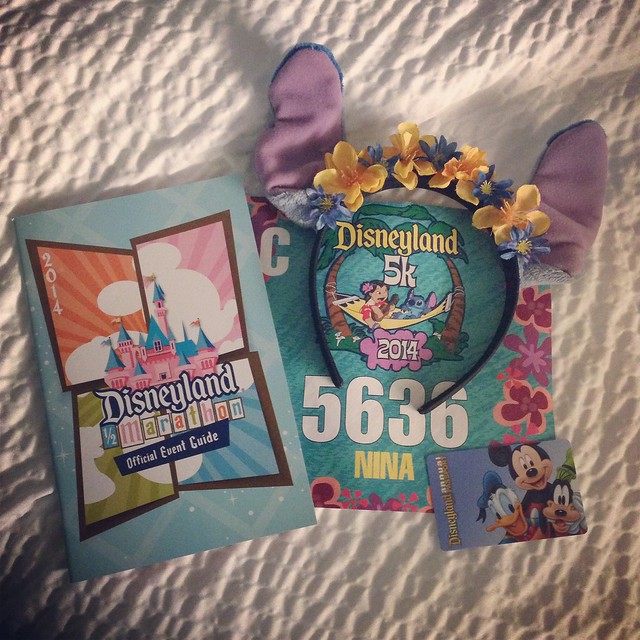 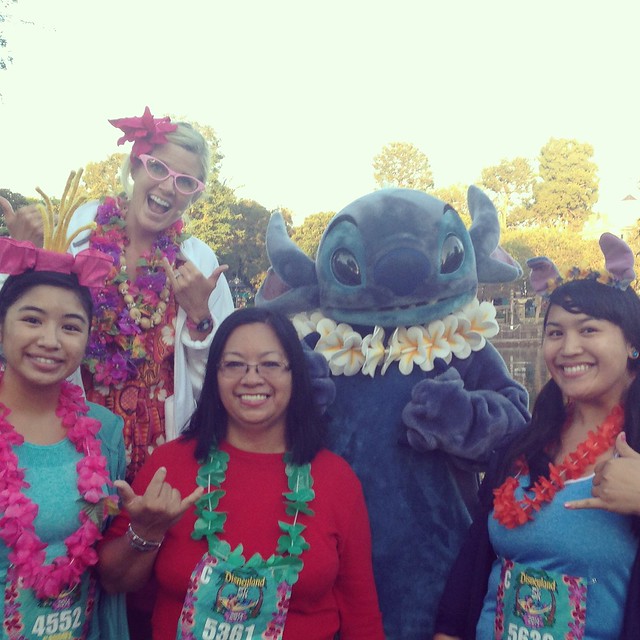 A few months ago we saw that the medals for the 5k had Lilo and Stitch on them, so we decided to Disneybound accordingly — my mom was Lilo and she used our old grass skirts from when we were little, my sister was Lilo’s doll Scrump (she made the headband she’s wearing, isn’t it adorable?), and I was Stitch! I found an old Stitch doll at a thrift store and took his ears off and stitched (ha!) them onto a headband and made it look like a little flower crown. I’m quite pleased with how it turned out 🙂 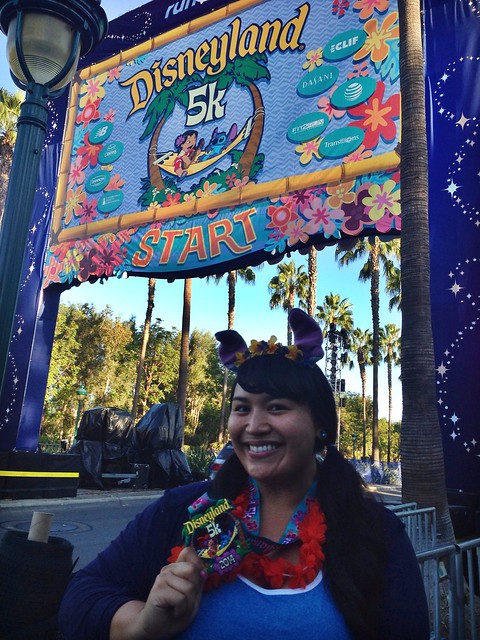 I would totally love to participate in one of Disneyland’s other 5k races, but the upcoming ones are already sold out, which is a shame because they seem like they’re going to be so epic: Avengers and Star Wars! Oh well. Hopefully I can do another one some other year. In the meantime, I need to save monies (these things are so expensive) and train a bit more until the next one!

3 thoughts on “Strolling Through the Happiest Place on Earth”