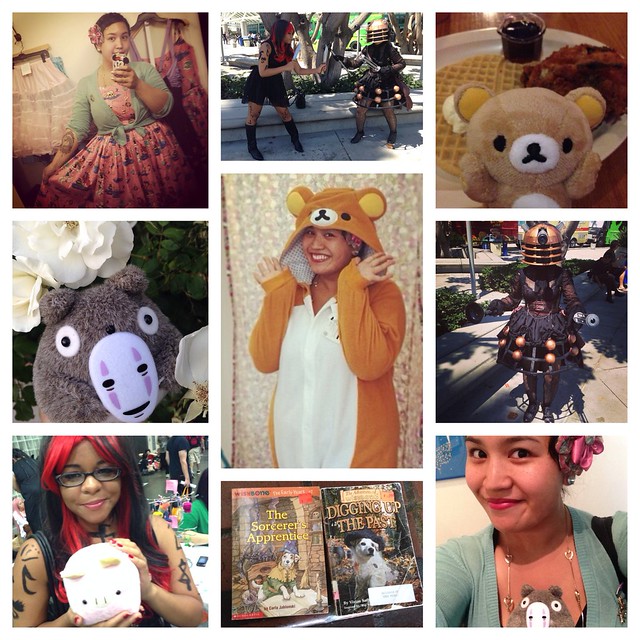 I am completely aware that I still haven’t finished up blogging about New York, and I know in my last post I said the next one would be about my trip to the Metropolitan Museum of Art. This is clearly not a post about a fancy museum. I have like 3 different NYC posts sitting in my little draft box, but I’ve been up to a few things that have kept me away from finishing them (work, random outings, Rory got a foxtail stuck up his paw, closet cleansing, and our new internet service is so slow I can’t even use my laptop — this post is being written on a desktop because it’s the only computer in the house that can get legit internet usage).

Last weekend I headed to LA for AnimeExpo. We just went on Sunday and explored LA the day before, but I had so much fun that I already bought my badge for next year! My knowledge of anime is extremely limited — Sailor Moon, Pokemon, and Studio Ghibli films is how far my knowledge probably goes, but even then I’m still not that savvy. But I was told there’d be other geeky things that I’m into like Doctor Who, Star Wars, My Little Pony, and whatnot.  Jen put together a fantastic steampunk Dalek cosplay, and our friend Danielle dressed as a Shadowhunter from Cassandra Clare’s The Mortal Instruments series. And while we were there we also headed to Pinup Girl Clothing in Burbank and saw Jay Leno cruise by in one of his fancy classic convertibles (so weird), some used bookstore in Pasadena, Japan LA, Pygmy Hippo Shoppe, and ate at Roscoe’s which is very famous for their fried chicken and waffles (ermergerd, soooo good). I definitely had a grand time, but the drive back was the WORST. We left around 6:30 pm on Sunday and there wasn’t any traffic in LA whatsoever, which is very odd because LA is known for its shittastic traffic. Once we got past the mountains is when the journey back home hit a major snafu — bumper to bumper traffic! It took 2 hours to drive 7 miles at one point because there was a really horrible truck accident. We should’ve been back by midnight since it’s usually a 6 hour drive, 8 at the most, but Jen didn’t pull up to my house until 4:30 am. I still don’t know how I managed to make it to work at 4 hours later. 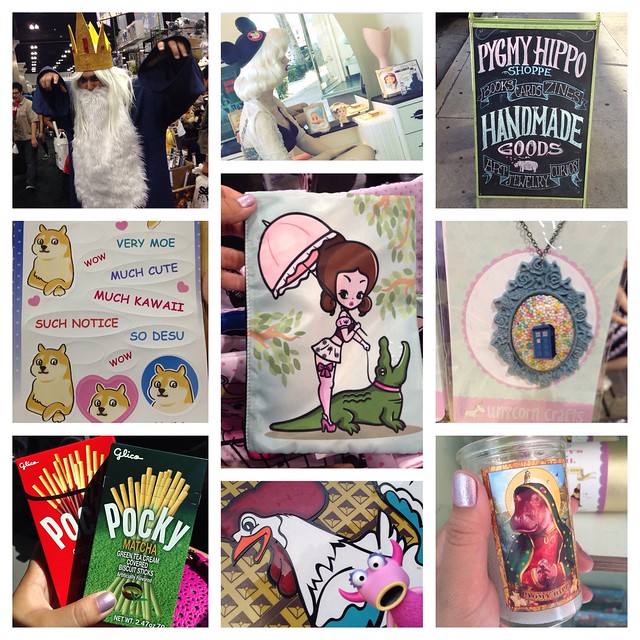