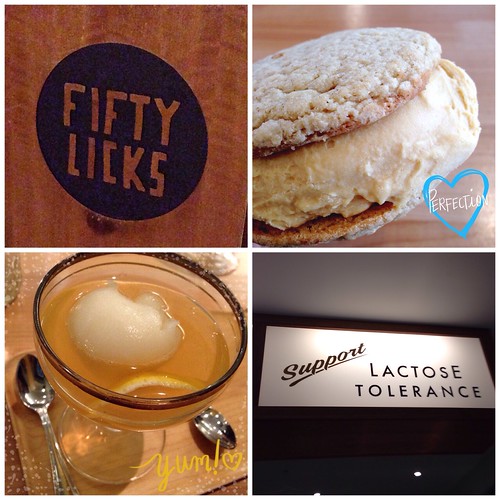 Jen and I saw Fifty Licks on the Food Network or Travel Channel around Christmas time during a round of Cards Against Humanity. We had to stop the game momentarily in order to watch them make delicious looking cocktails with sorbet. It was a no-brainer that we had to visit when we went to Portland. And it was so delicious, we went twice! I had the Nordic Palmer sorbet cocktail with sparkling iced tea mead and lemon sorbet, and took an ice cream sandwich with Stumptown flavored ice cream on a gluten free cookie to go during our first visit . So divine! I got another ice cream sandwich with toasted milk ice cream the second time around. My taste buds miss it so much! 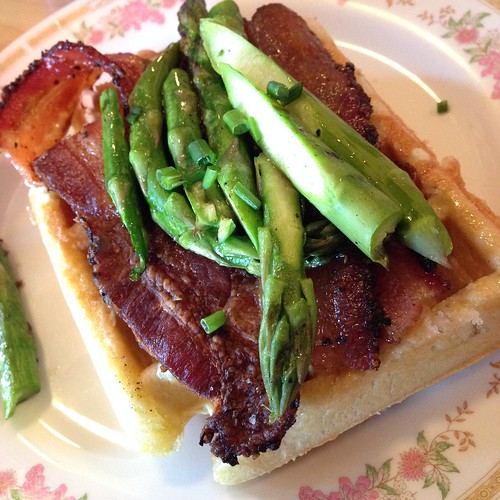 Caitlin suggested The Waffle Window for our first breakfast in Portland so we could get our Leslie Knope on. I opted to get the savory special called Spring Forward which had asparagus and peppered bacon on it. I’d like to think that Ron Swanson would approve of my choice. It was the perfect combination of sweet and savory and I was crestfallen after I ate the last bite because it meant I was done with my waffle and that there wasn’t any more of it to put in my mouth. I also had a green tea mint lemonade that was super refreshing (I guess I was too thirsty to take a picture of it)! THIS DRINK. I LIKE IT. ANOTHER. *throws cup fervently down on the ground* 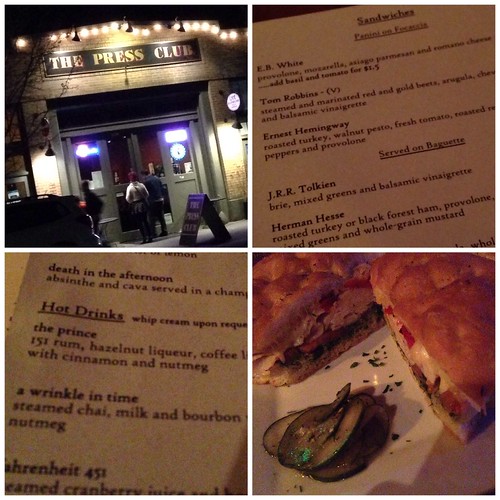 We ate at The Press Club a few hours after we checked into our hotel the first night. The plan was to eat dinner, have sorbet cocktails at Fifty Licks, then watch Muppets Most Wanted. I Googled restaurants nearby Fifty Licks and came across this particular one because it said it served sandwiches and crepes, and I am all about a good sammich! When we got there I noticed that everything on the menu was named after a famous author or book, so my inner book nerd was totally fangasming! We all ended up ordering the Ernest Hemingway (it said turkey and pesto, so if anything has those two ingredients I. Am. Down). We were hangry as hell, and though it did take awhile for our order to come out, it was ever so satisfying. 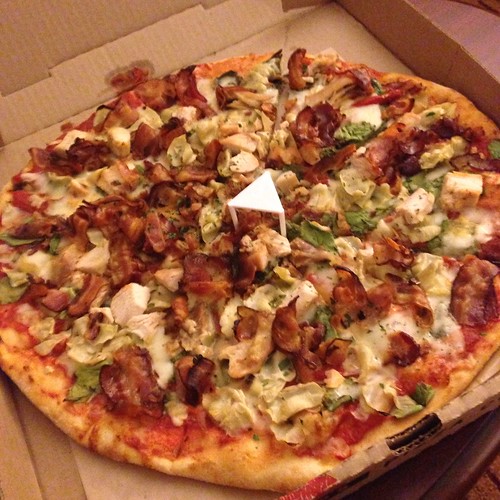 I suggested to Jen that we should order pizza from our hotel room one night and she thought it was a brilliant idea (she literally gasped after I said it, so I’m assuming that means she thought it was brilliant). We decided it would be best to order local since we didn’t drive 12 hours out of California to have a pizza from Domino’s, y’know? It took awhile to pick what toppings we all agreed on, but we ended up with the ABC – Artichoke Bacon & Chicken pizza. ERMERGERD. SO TASTY. I love, love, looove, artichoke and chicken as pizza toppings, and the bacon just made it that much better (because bacon). 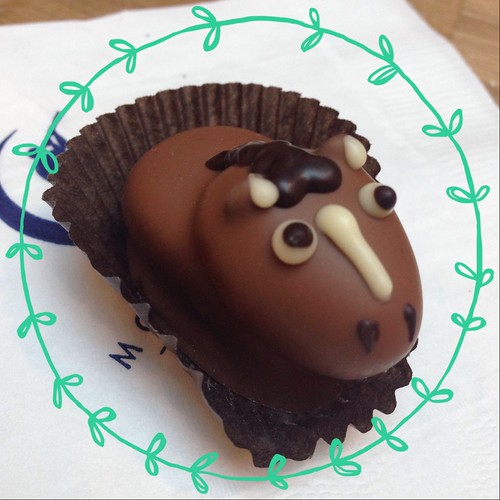 Is this horse truffle not the most adorable truffle you have ever laid your eyes on?! It was almost too cute to eat. Almost. It was also super scrumptious with rich chocolate on the inside. Best $3.50 I ever spent. Caitlin’s friend suggested we visit Moonstruck (it has several locations throughout the city, but we went to the one at the mall). It’s kind of like Godiva, but better. Yeah, I said it. They’re better than Godiva! I think I dropped over $35 buying chocolate bars and whatnot to bring back home to friends and family, but it’s just so damn good. My only regret is not trying their hot chocolate, or at least buying the mix for it. My mom and aunt still have yet to eat the treats I brought back for them and it’s kind of driving me crazy because I want to eat them, but know that I shouldn’t because that would be a horrible thing to do. 😦